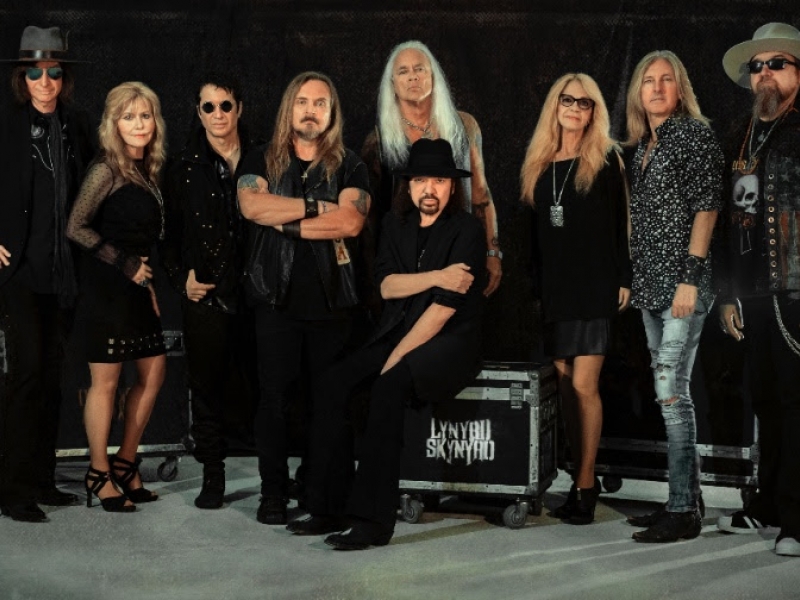 It was announced last month that Fathom Events would bring legendary southern rock band Lynyrd Skynyrd to cinemas around the country with the exclusive theatrical release of their farewell concert performance on Nov. 7. On the heels of that news comes word the band will also release a new concert album featuring a collection of songs recorded during the historic farewell performance in the band’s hometown of Jacksonville, Fla. The 17-track Lynyrd Skynyrd: Last of the Street Survivors Farewell Tour Lyve will be available on all digital platforms Nov. 1.

The album will feature the band’s RIAA Platinum-certified “Sweet Home Alabama” and self-proclaimed signature song, “Free Bird,” that Rolling Stone said was “easily the most requested live song in existence” along with everlasting hits such as “Simple Man” and “Gimme Three Steps.” Fans can stream “What’s Your Name” from the live album today and watch video of that performance exclusively at RollingStone.com.

The concert film, directed by multi award-winning director Shaun Silva and Tacklebox Films, will feature their 2018 hometown stadium performance from the Last of the Street Survivors Farewell Tour at TIAA Bank Field (Home of the Jacksonville Jaguars), as well as an intimate interview with the band about their experiences on tour and what performing together has meant to them.

This special one-night event will premiere in cinemas nationwide on Thursday, Nov. 7, at 7 p.m. local time. A complete list of theater locations is available on the Fathom website (theaters and participants are subject to change). To purchase tickets for Lynyrd Skynyrd: Last of The Street Survivors Farewell Tour, visit FathomEvents.com and participating theater box offices.

Last year, the Southern Rock icons announced that after a career that has spanned more than 40 years and includes a catalog of more than 60 albums with more than 30 million units sold, they would embark on their Last of the Street Survivors Farewell Tour. Produced by Live Nation, the farewell tour logged over 50 stops by the end of 2018 and has continued throughout 2019 taking the band across the country and around the globe giving fans one last unforgettable night of classic American Rock-and-Roll.