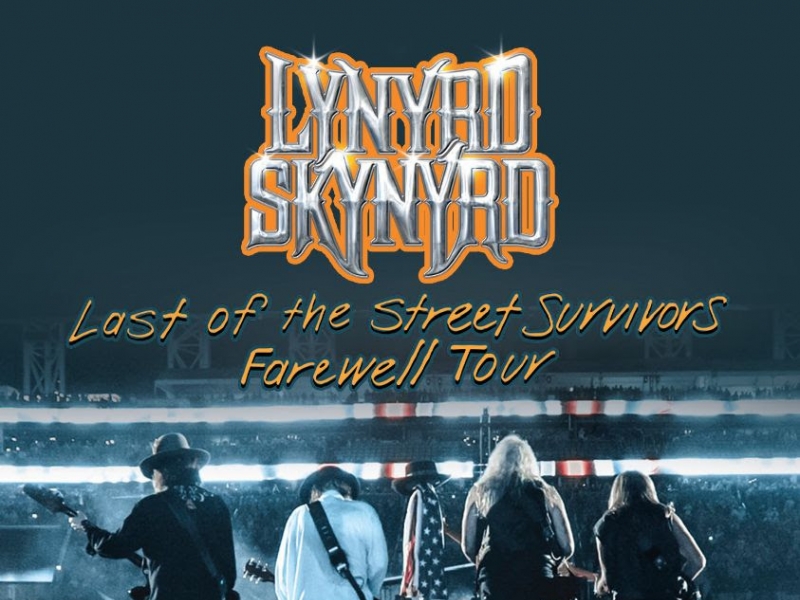 "Lynyrd Skynyrd: Last of The Street Survivors Farewell Tour Lyve!" Available on DVD and Blu-ray Today Features a Special Behind the Scenes Interview with the Band
About Their Historic Farewell Tour

NASHVILLE, Tenn. – In 2018 Southern Rock icons Lynyrd Skynyrd announced, after a career that has spanned more than 40 years and includes a catalog of more than 60 albums with more than 30 million units sold, they would embark on their Last of the Street Survivors Farewell Tour. Now fans can relive the band’s historic farewell tour from the comfort of their home with the release of “Lynyrd Skynyrd: Last of The Street Survivors Farewell Tour Lyve!” on DVD and Blu-ray today, Feb. 14.

The concert film, directed by multi award-winning director Shaun Silva and Tacklebox Films, features their 2018 hometown stadium performance from the Last of the Street Survivors Farewell Tour at TIAA Bank Field (Home of the Jacksonville Jaguars) in Jacksonville, Florida, as well as an intimate interview with the band about their experiences on tour and what performing together has meant to them.

“We are so excited to share this amazing night and performance with the Skynyrd Nation, especially those that weren’t able to be there that evening,” said Gary Rossington. “The energy, passion and reaction to the music and band was something we will never forget.”

Produced by Live Nation, the career-concluding farewell tour has logged over 100 stops in the U.S. and internationally over the last two years with Scotland’s The Herald calling the band, “still free as a bird, forty years later.” The tour continues in 2020 taking the band across the country and around the globe giving fans one last unforgettable night of classic American Rock-and-Roll. The Southern Rockers will be joined on select dates by various special guests this year including Travis Tritt, Marshal Tucker Band and Eli Young Band.

The tour derives its name from their song “The Last of the Street Survivors” and the band’s fifth studio album Street Survivors that is certified multi-Platinum by the RIAA and includes the Platinum-certified single “What’s Your Name.” The Last of the Street Survivors Farewell Tour marks a big moment for generations of fans, as Lynyrd Skynyrd has been touring consistently since the 90s. The band, that USA Today called the “whiskey-soaked genre's most popular and influential crew,” is ready to rock one last time. The farewell tour will take original member Gary Rossington joined by Van Zant, Rickey Medlocke, Mark “Sparky” Matejka, Michael Cartellone, Keith Christopher, Peter Keys, Dale Krantz Rossington and Carol Chase across the country over the next year.