LYNYRD SKYNYRD TO PERFORM EXCLUSIVE CONCERT IN ATLANTA FOR SIRIUSXM 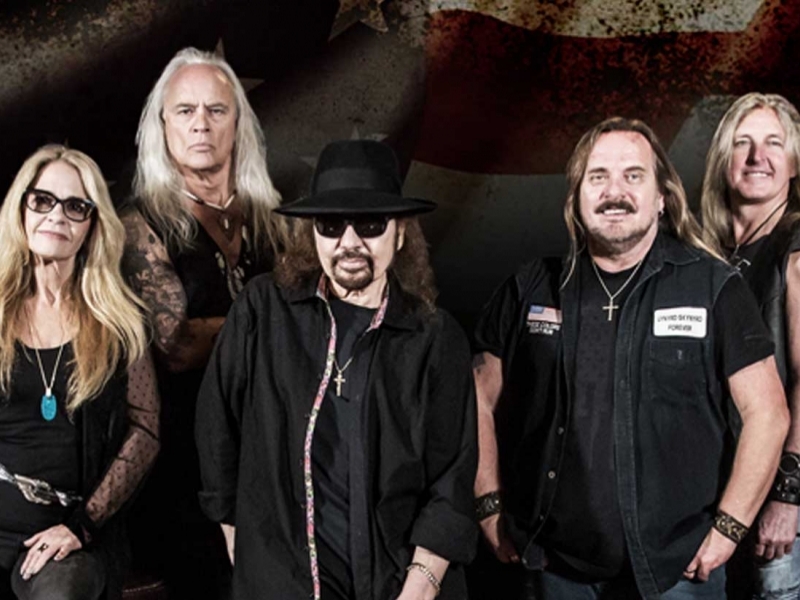 SiriusXM announced today that Lynyrd Skynyrd will perform a special invitation-only show for SiriusXM on Thursday, March 15 at the Buckhead Theatre in Atlanta. The exclusive performance for SiriusXM subscribers will feature Lynyrd Skynyrd playing music from throughout their career before the band embarks on its two-year farewell tour, Last of the Street Survivors Farewell Tour.

“Free Bird,” Lynyrd Skynyrd’s own Southern Rock channel on SiriusXM, will launch on Friday March 2 and run through Sunday, April 1 on channel 30, available on satellite radios and on the SiriusXM app. “Free Bird" will showcase music from Lynyrd Skynyrd’s extensive Rock & Roll Hall of Fame career, including its acclaimed rock anthems and live performances. Additionally, the channel will feature exclusive stories and insights, and shows hosted by band members Gary Rossington, Rickey Medlocke and Johnny Van Zant. The channel will also include southern rock classics from an array of artists, including The Allman Brothers Band, Marshall Tucker Band, 38 Special, Molly Hatchet, Blackfoot, ZZ Top and many more.

“Very excited to have SiriusXM support Lynyrd Skynyrd’s music and history and to include some of our friends and musical influences on our own Channel! Can’t wait to share the music and our stories with our generations of fans,” said Rossington.

“We are excited to bring our subscribers and a national broadcast audience a great night of music in Atlanta from the world’s ultimate Southern Rock band," said Steve Blatter, Senior Vice President and General Manager, Music Programming, SiriusXM. “This special concert, along with Lynyrd Skynyrd's “Free Bird” channel, are the latest example of SiriusXM’s commitment to providing our audiences with targeted, timeless music programming and live performances that we know they will love.”

Lynyrd Skynyrd’s exclusive concert for SiriusXM in Atlanta will air live on Thursday, March 15 at 9:00 pm ET on “Free Bird,” Lynyrd Skynyrd’s Southern Rock Channel on channel 4 on satellite radios and on the SiriusXM app.

The 2018 leg of Lynyrd Skynyrd’s final tour, Last of the Street Survivors Farewell Tour, presented by SiriusXM and produced by Live Nation will kick off Friday, May 4 in West Palm Beach, FL at the Coral Sky Amphitheatre and will wrap Saturday, September 1 in Atlanta, GA at the Cellairis Amphitheatre at Lakewood.

Subscribers will have the opportunity to win tickets to this private SiriusXM performance through an invitation sent by e-mail.  Plus subscribers since January 25, 2018 will be able to enter for the chance to win a trip to Atlanta, GA including airfare, hotel stay and a pair of tickets to SiriusXM Presents Lynyrd Skynyrd at Buckhead Theatre. See Official Rules for complete details at siriusxm.com/FreeBird.

SiriusXM subscribers will be able to listen to "Free Bird," Lynyrd Skynyrd’s Southern Rock Channel on ch. 30, and those with streaming access can listen online, on-the-go with the SiriusXM mobile app and at home on a wide variety of connected devices including smart TVs, Amazon Alexa devices, Apple TV, PlayStation, Roku, Sonos speakers and more. Go to www.SiriusXM.com/streaming to learn more.