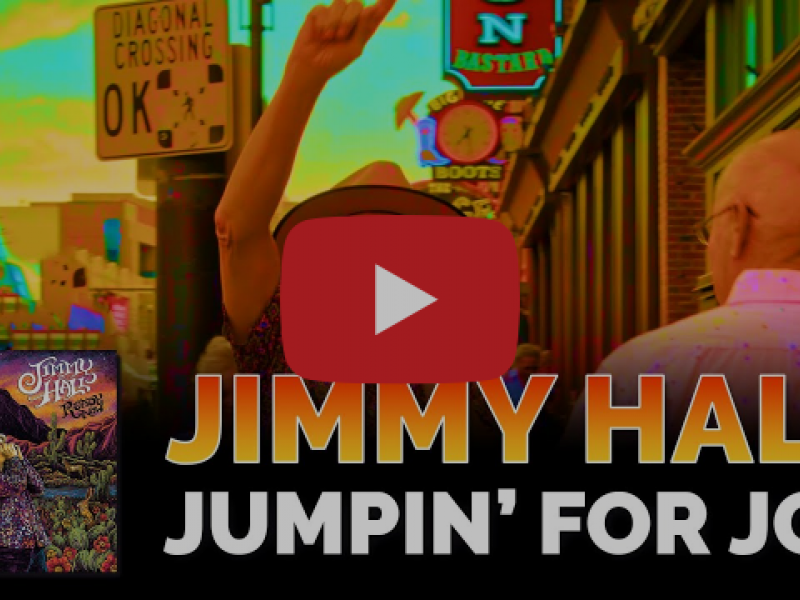 NASHVILLE, Tenn. – Legendary vocalist Jimmy Hall is set to release Ready Now September 16 via Keeping The Blues Alive Records, marking his first new solo album of original material since 2007. Producers Joe Bonamassa and Josh Smith worked with Hall to create an album worthy of his amazing career and talent. The album is available to pre-order HERE.

Released today to accompany the album’s announcement, lead single “Jumpin’ For Joy” is available to buy and stream HERE. Watch the official music video for the new single HERE.

Packed with unforgettable songs and performances, Ready Now is a major statement in a lifetime already full of highs, dating back to his work with the legendary Southern Rock band Wet Willie. With his songwriting, vocals and harmonica-playing prowess polished over the years, Hall set forth with Bonamassa and Smith to capture a career defining album.

From epic southern rock tunes like title track “Ready Now” and “A Long Goodbye,” to the boogie and blues of “Girl’s Got Sugar” and lead single “Jumpin’ for Joy,” Hall’s incredible recognizable voice is front and center.

Backed by a crack band that includes Joe Bonamassa, Josh Smith, legendary keyboardist Reese Wynans, bassist Michael Rhodes and drummer Greg Morrow, Hall is free to give his all to the songs and performances. None more so than “Dream Release,” written with his son Ryan Hall about his lifetime friendship with Gregg Allman.

Bonamassa co-wrote five songs on Ready Now, accompanying Hall with his signature guitar solos on “Jumpin’ For Joy,” “Risin’ Up,” “Holding On For Dear Love,” “A Long Goodbye” and “Will You Still Be There,” while co-producer Smith joins in on “Girl’s Got Sugar.”

Hall first gained popularity as the lead vocalist, saxophonist and harmonica player for the band Wet Willie, emerging from Mobile, Alabama. His unique brand of R&B-infused rock and roll and onstage swagger propelled the group’s signature song “Keep on Smilin’” to the Top 10 on the Billboard singles chart in 1974.

After seven albums with Capricorn Records, Wet Willie moved forward to Epic Records releasing singles “Street Corner Serenade” and “Weekend.” Both singles hit the U.S. Top 40 and five other songs were placed in the Billboard Top 100.

Since its inception in 2020, KTBA Records has proven to be a driving force in the music industry, taking on talented artists and propelling them into the spotlight. The label has released albums for Rock & Roll Hall of Fame Inductee Dion, Chicago blues queen Joanna Connor, legendary Detroit-based blues guitarist Larry McCray, and blues rock sensation Joanne Shaw Taylor. Each album has received worldwide critical acclaim as well as the coveted #1 spot on the Billboard Blues Album Chart. This is only the beginning for KTBA Records. With its roster of talented musicians and success in the industry, the label has many new projects on the horizon, working synergistically with the non-profit’s mission of supporting musicians. 10% of all profits from KTBA Records are donated to the foundation.

KTBA Records represents Bonamassa’s continuing efforts over the last 25 years in support the artistic community and reflects the philosophy of paying it forward just as so many did for him in the hope of paving the way for musicians for years to come. To support KTBA Records mission and its talented artists, visit KTBARecords.com.