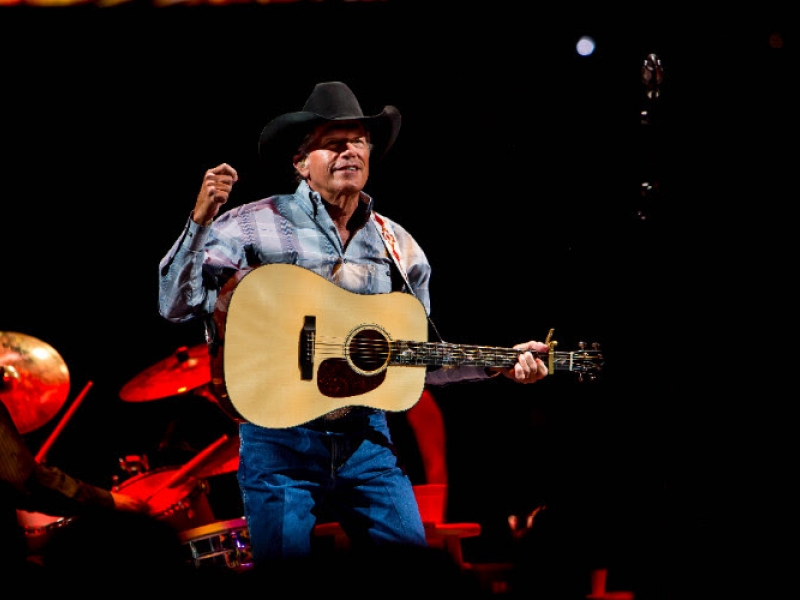 “We said from the beginning that we would listen to the fans and follow what they want,” said Strait, who has won every honor in the format including inclusion in the coveted Country Music Hall of Fame. “Fan support is just as strong now as it was when we started; and we are responding to that interest by adding shows in 2018.”

Strait previously announced two 2018 shows including June 3 at Frank Erwin Center in Austin, Texas, (tickets go on sale Friday, Nov. 3 at 10:00 AM/CT); and June 1 and 2 at BOK Center in Tulsa, OK (tickets for the newly added second show on June 1 are on sale Friday, Oct. 20). He is wrapping up his Las Vegas exclusive, worldwide engagement with two sold-out shows at T-Mobile Arena in December.

Opening the February shows for Strait will be special guests Lyle Lovett and Robert Earl Keen. Lyle Lovett has broadened the definition of American music in a career that spans 14 albums. The Texas-based musician fuses elements of country, swing, jazz, folk, gospel and blues in a convention-defying manner that makes him one of the most compelling and captivating musicians in popular music. Keen, who grew up in southwest Houston, has recorded 18 full-length albums for both independent and major record labels, while his songs have been recorded by a variety of artists including Strait, Lovett, Joe Ely, The Highwaymen, Nanci Griffith, and Dixie Chicks. The two entertainers recently joined Strait for a one night only show at the Majestic Theatre in San Antonio, Texas for his Hand-in-Hand Texas sold-out benefit concert for RebuildTexas.org.

With an unmatched 60 singles hitting the top of the charts – more than any other artist in any genre – during the span of his 30-year career, Strait is the undeniable “King of Country Music.” He has collected 33 Platinum or multi-Platinum-selling albums, more than any country artist and third across all genres behind only The Beatles and Elvis Presley. Strait is the only act in history to have a Top 10 hit every year for over three decades and has sold nearly 70 million albums and earned more than 60 major entertainment industry awards, including induction in the Country Music Hall of Fame in 2006.

In 2014, he shattered the North American indoor concert attendance record by drawing 104,793 concertgoers to his The Cowboy Rides Away Tour finale at AT&T Stadium in Dallas. Strait performed six sold-out shows at T-Mobile Arena in 2016 as part of his Strait to Vegas exclusive concert series, extending his limited engagement into 2017 with an additional 10 shows including his wildly popular, sold-out 2 Nights of Number 1’s.

Strait has reimagined touring with his shows at T-Mobile Arena and developed a new musical narrative to connect with fans on his terms and create concert experiences that stay fresh and compelling.

Ticketing information is available at www.GeorgeStrait.com. VIP Experiences will be available once again at the T-Mobile Arena shows in February. In 2018, VIP guests will watch the show from a premium seat, get access to a private exhibit that chronicles the life of and career of George Strait, and much more. An exclusive backstage tour led by a George Strait crew member will be included in the top tier Super VIP package. For full details, please visit cidentertainment.com.