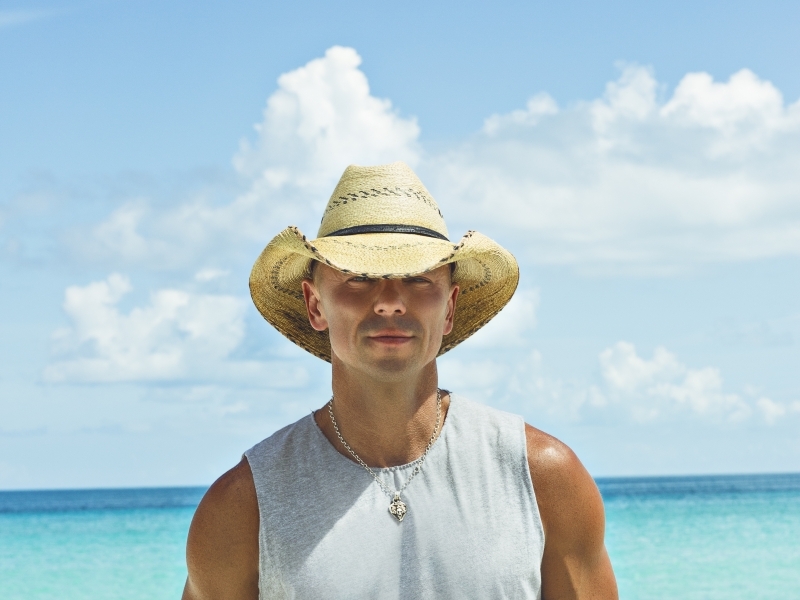 Las Vegas, NV -- Before the show even started, Kenny Chesney picked up two of the three Billboard Music Awards he’s nominated for: Top Country Tour and Top Country Collaboration “Setting The World On Fire,” the multiple week No. 1 duet with P!nk. And with Top Country Song still unannounced, the songwriter/superstar from East Tennessee could go three-for-three.

“Winning Best Country Tour makes me happy for my entire road family, from the band, the riggers, the caterers, the people selling the tickets and t-shirts, and for everyone who’s worked one of our shows last year who made their town feel like another hometown,” Chesney responded to the news he’d bested Luke Bryan and the Dixie Chicks for the award. “Obviously, we take our show really seriously. People give us a piece of their summer, and we want to make sure it’s something worth hanging onto. And whether it’s one of those 18, 19 stadiums, the beach on the Florida/Alabama line or Sloppy Joe's, this award is for everyone who touched one of our shows!”

Somewhere in the sun, the 8-time Entertainer of the Year whose been hailed as “The People’s Superstar” has spent this year writing songs, doing some recording, playing a handful of shows, including a pair of concerts at Boston’s Gillette Stadium, and gearing up for a big 2018. But in the process, his eyes have never strayed far from music.

With Cosmic Hallelujah earning accolades from NPR, USA Today, Entertainment Weekly, The Los Angeles Times, and PEOPLE, Newsday called it, “country perfection,” The Boston Globe deemed it “a love song to another person and to the idea of getting away…working from a larger sonic palette, one that incorporates ideas from stadium-rockers with whom he shares dressing rooms and the rollicking Nashville bars that still loom large in country’s imagination” and The Washington Post concurred, “the album that emerged is rich and varied, looking outward and also holed up at a bar.”

As for the GRAMMY-nominated “Setting The World On Fire,” Chesney is still thrilled about the response to P!nk’s first country chart-topper. “Timing didn’t work out to sing this song together, but that performance has so much heart, so much soul, I love that people have responded to P!nk in our format the way they have. She is a singer like no other, and when she comes in, that is what the essence of falling in love feels like.”

Headlining Myrtle Beach’s Carolina Country Music Fest on June 10 and Columbus, Ohio’s Buckeye Country Superfest June 11, Chesney will disappear until late this summer. But he’s leaving plenty of music in his wake: the SiriusXM world premiered video for the Cosmic Hallelujah album track “Rich and Miserable,” as well as the Top 10 “Bar at the End of the World.”

“It’s all about the music,” he said. “Give people songs they can put their lives in, then live those lives right along with them. It’s simple. But it’s what I do. Thanks Billboard for recognizing that, and these two awards!”