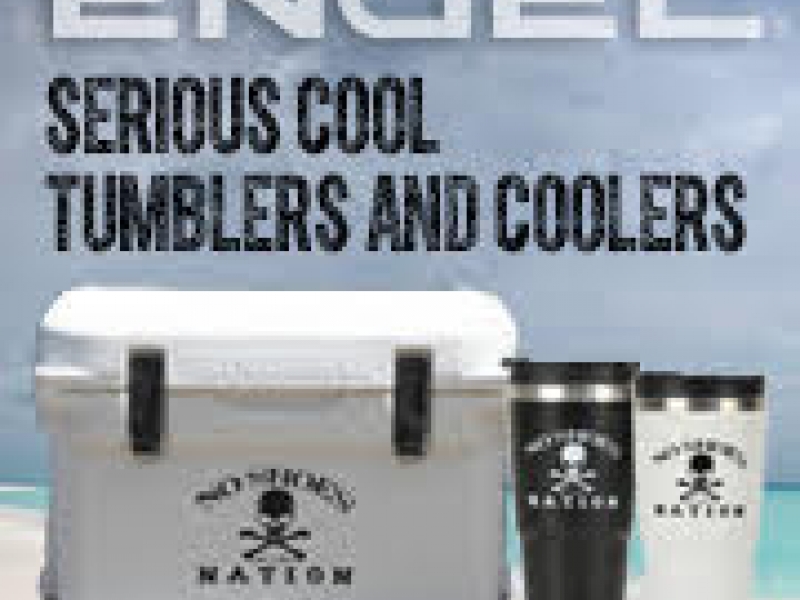 JUPITER, Fla. (Wednesday, July 13, 2016) - Kenny Chesney’s commitment to the world’s waters is as deep as his commitment to the No Shoes Nation. Having kicked off the No Shoes Reefs project in the St. Johns River, right in the heart of downtown Jacksonville, Fla., the 8-time Entertainer of the Year wanted to find new ways to bring awareness, through the No Shoes Nation and tailgating together – and reached out to ENGEL, the original high performance cooler company, to create tools to make long days at the beach, a game or a stadium show even simpler.

“The No Shoes Nation has a serious commitment to how they spend their time,” Chesney says. “When they tailgate, they are hardcore. So I wanted to find a company that understood durable, portable, lightweight and high performance. ENGEL’s all about functionality, whether it’s a backpack with a removable liner, an indestructible cooler or a tumbler that keeps drinks the right temperature for 36 hours – and won’t spill.”

More importantly, ENGEL shares the only country artist on Billboard’s Top 10 Touring Acts of the Last 25 Years’ commitment to ocean preservation. Working with the Coastal Conservation Association’s National Habitat Program, Building Conservation Trust, they will donate a portion of the sales of No Shoes Nation-branded products to building artificial reefs in the Gulf of Mexico, Atlantic Ocean, surrounding rivers and waterways.

“It’s not just about doing business,” Chesney says. “It’s about creating something people will think is cool that also makes a difference in our world. When you can take something and make it mean more – especially for coastal preservation – that’s when I get intrigued.”

ENGEL CEO Paul Kabalin concurs, “At ENGEL, we make high performance coolers and 12 volt refrigerators that allow ambulances to store life critical medications, but we also use that technology to keep a family’s drinks and food cold and dry for an entire day. We take it all seriously, because we understand life is where you live it. For many of us, that means on boats and on the water. Like Kenny, we believe in protecting the ocean so it’s here for future generations.”

Beyond Tailgate Packs, comprised of the 23-quart capacity lightweight backpack, two tumblers, and ENGEL’s No Shoes Nation line will also include signature coolers. All made of highly durable materials and construction, easily transportable and capable of keeping things cold allday.

“This was a great way to up the No Shoes Nation tailgating game – and do some good for the No Shoes Reefs.  If there’s one thing I know about my fans: they work hard, they play hard, but they also care about the world they live in. This is a way for them to do it all together. To me, that makes tailgating even more awesome: make memories, make a difference.”

In the midst of his Spread the Love Tour, which will hit 14 major stadiums this summer, Chesney’s nearly two-hour shows have been bringing the summer alive across the nation. The man The Dallas Morning News deemed, “Two parts Mick Jagger, one part Bruce Springsteen and one part Billy Graham” headlines.

Fans can order the No Shoes Nation Tailgate Packs, Coolers and Tumblers at www.ENGELcoolers.com/noshoesnation

About ENGEL USA
ENGEL USA is a Florida corporation committed to the innovative design, production and distribution of medical and recreational cooling products. Since 1997, the company has been a leader in providing portable powered cooling solutions for Ambulance and OTR Truck manufacturers, as well as serious outdoorsmen.

About BCT
The Building Conservation Trust (BCT) was founded in 2010 as the national marine habitat program of Coastal Conservation Association.  BCT is a 501c3 non-profit organization exclusively dedicated to providing funding for local, state and national fisheries, habitat conservation and restoration projects. BCT has created a model for the successful collaboration of business, non-profit organizations and government agencies to revitalize critical habitat and establish a vibrant foundation for the marine ecosystem.