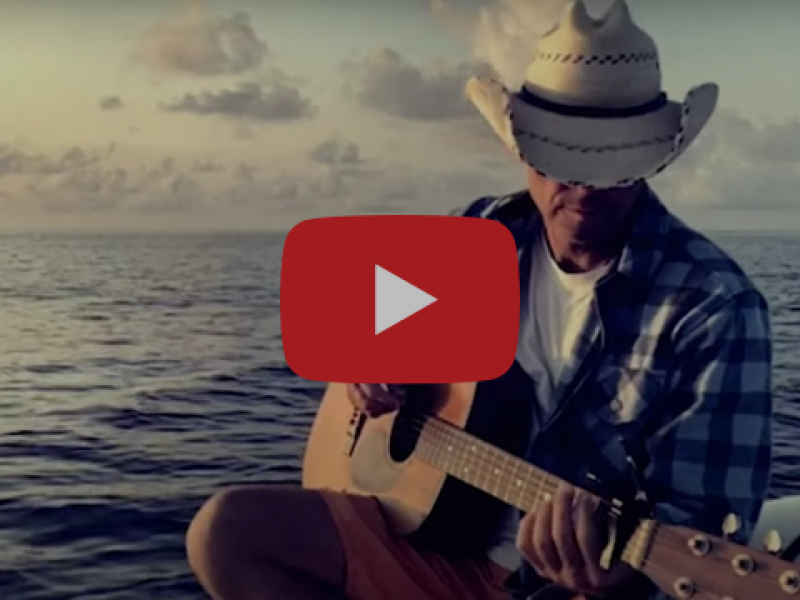 Sailing Video Celebrates the Sea, the Sun, the Joy of Our World
as a Reminder of Loving Life to No Shoes Nationduring a Summer without a Tour

NASHVILLE, Tenn. – Few artists have the passionate engagement with fans that Kenny Chesney enjoys with his iconic No Shoes Nation. Summer after summer, stadium after stadium, they can be found in our nation’s NFL stadium parking lots making friends and having fun by day, then singing along to their singular soundtrack of coming of age by night. Beyond the sheer joy of the music and the high energy of Chesney’s two-and-a-half-hour stage shows, there’s a sense of how sweet life can be that permeates every moment.

And that’s something the songwriter/superstar from East Tennessee wants to make sure people remember as the news cycles rage on, the news piles up and 2022 is just up ahead. In that spirit, the man behind the No. 1 songs “American Kids,” “Get Along,” “Wild Child,” “Everything’s Gonna Be Alright” and “Here And Now” decided to drop a little surprise on for No Shoes Nation.

“There’s so much wonder out in the world, so many things that can take your breath away right in front of you,” says the man The Los Angeles Times calls ‘The People’s Superstar.’ “Like the faces of No Shoes Nation, I see every time I’m on that stage – or just traveling around – that happiness and passion? It inspires me.

“I was thinking about that feeling, thinking about how I could maybe capture it – and give it back to the people, and it hit me: show them some of the best days of my life out on the water. The beauty, the easy way the sun hangs in the sky and the water just goes on and on? It makes you happy just to see it. So from me to No Shoes Nation, until we’re together again, take this video and remember, it really is a beautiful world.”

With Here And Now Deluxe adding four songs that Chesney found and recorded during the early days of the shutdown, “Beautiful World” is a patchwork quilt of various memories from the last decade of the eight-time Entertainer of the Year’s time spent sailing around the globe. Longtime collaborator Shaun Silva and his team worked to create a sense of flying through the water in the video that epitomizes the freedom of sailing for so many.

“With ‘Knowing You’ starting to really make its mark,” Chesney offers, “this seems like the perfect counterpart. This is what that person who’s gone would be chasing or seeking: that feeling of moving through space and time, the salt air on your tongue and waves hitting your boat as you take your time getting nowhere fast.”

The video for “Beautiful World” is available everywhere now. Shot largely in the Caribbean, Gulf of Mexico and off the coasts, the quick cut collection brings together a travelogue of postcards – and a song that reminds us how beautiful every single day is, if we’ll just open our eyes and see it.

“It always amazes me, the things I see when I actually look. This world is a beautiful place, and I feel bad for all the people who won’t open up their eyes and take that in.”