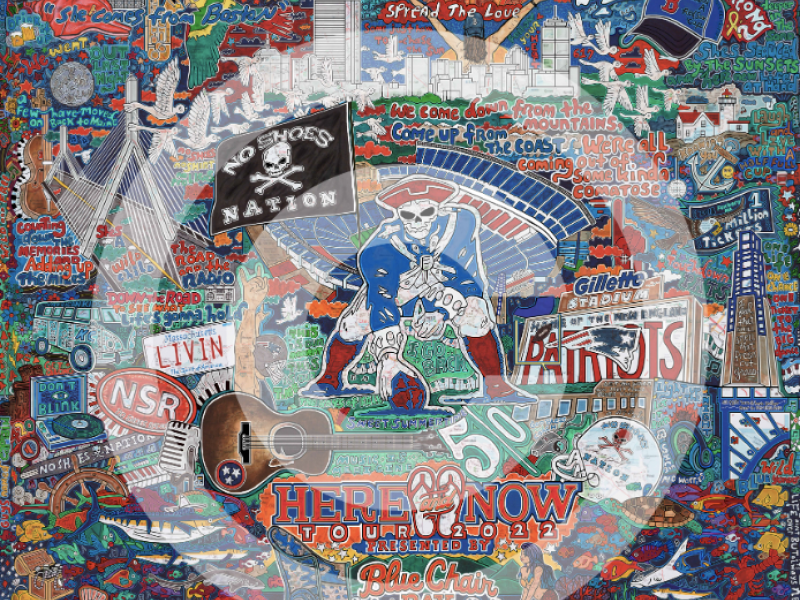 NASHVILLE, Tenn. – After four years, Kenny Chesney got back on the road for what has been the summer of a lifetime. Having enjoyed a stadium-sized love affair with Foxboro’s Gillette Stadium – dating to 2005 when Chesney first played Pittsburgh, D.C. and Boston’s NFL outposts – the eight-time Entertainer of the Year’s tour-ending stands in New England have become legendary.

More than the birthplace of No Shoes Nation, the country without borders bound together with a passion for life, love and music, Foxboro and its surrounding states are a region that matches the fire for friends, good-timing and making memories of his East Tennessee home.

“From the very first Gillette show,” Chesney says, “everyone we met – whether working on the concert or coming out to sing along – had that same commitment for working hard, playing hard and loving with everything they got that I was raised with. You could hear it when they’d sing or cheer; you could feel it when you’d talk to people in the parking lot.”

With the final weekend of the record-shattering Here And Now 2022 Tour hitting Foxboro August 26-27, the man the Wall Street Journal called “The King of the Road” is starting the party early. To honor being back in his home-away-from-home-on-the-road, Chesney is issuing a limited series concert poster. Only 750 copies of the brightly-colored, hand-drawn Jeremy Wiseman original will be offered tomorrow, Aug. 19 at 8:00 a.m. CT via kennychesney.com.

“Obviously, so many memories have been made here,” Chesney explains. “So many nights, so many friends, so much laughter and music. In some ways, it started with my island friends, because many of them came from New England. But the more I’ve played Boston, visited the city, been on the coast, made videos in Gloucester, the more I want to give back and show everyone what this bond is.

“Jeremy is an incredible artist. He really ‘gets’ all of this mixed-up craziness these shows and this love affair are made of. When we wanted something to kick off next weekend’s end of tour, I thought this would be a great way to do it!”

Twenty-four by 30 inches, with a half inch white border along the top and sides, two inches on the bottom, the Here And Now 2022 concert poster is suitable for framing. The ultimate art lovers’ souvenir, this hand-drawn montage celebrates the Boston shows wherever you are. Priced at $50, it’s affordable art for anyone who’s ever turned up the volume of a Kenny Chesney song.

“This concert poster makes you happy,” Chesney says. “It’s a treasure map of so many places, things, lyrics that define our Boston journey... and for anyone who’s ever been there or ever wanted to, you get a pretty good sense of why, when we wanted to name No Shoes Nation, we picked Gillette Stadium and why we end most of our tours there.”