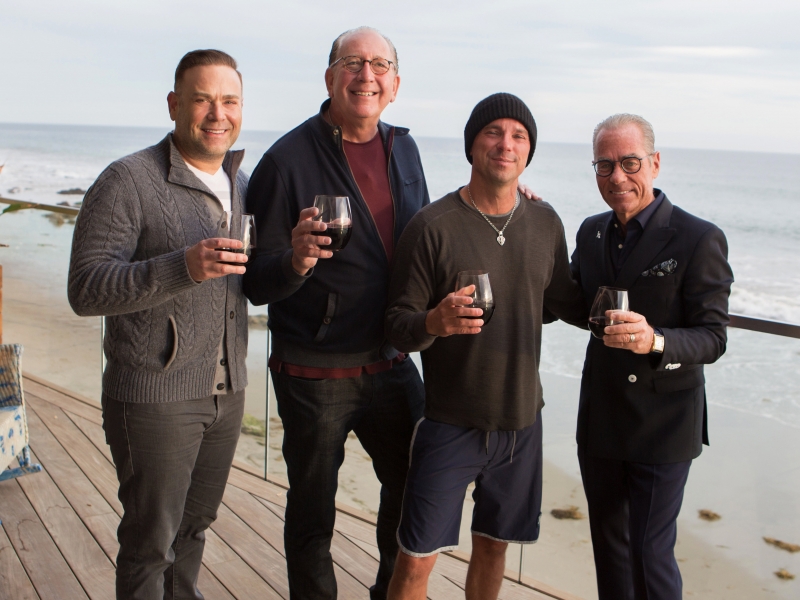 Warner Music Group and Warner Music Nashville are honored to welcome eight-time ACM winner and CMA Entertainer of the Year Kenny Chesney to the Warner Music family. As part of WMN, the songwriter/superstar’s music will be released on the Blue Chair Records/Warner Bros. Records label.

Since leaving East Tennessee with a handful of songs and a dream bigger than he understood, Kenny Chesney has developed into the man The Wall Street Journal deemed “The King of the Road” and the Los Angeles Times proclaimed “The People’s Superstar.” With over 30 million albums sold, 30 No. 1s, and countless sold-out stadium tours that sell in excess of a million tickets every time he takes to the road, the 2018 Country Album of the Year GRAMMY nominee is on the verge of yet another creative renaissance.

“It is a big deal to change labels,” said Chesney. “But when you hear Max, Espo, and Cris Lacy talk about music, about what it means and does, when you hear that passion, you can’t help but get fired up. To me, music is only complete when it gets to the fans and becomes part of their lives. The people at Warner understand my commitment to that idea, and they’re just as committed to those ideals as I am.”

“Kenny Chesney embodies the relentless pursuit of artistic freedom and expression,” said WMN Chairman & CEO John Esposito. “An unapologetic free spirit, he has built a career on perseverance, drive, innovation, and most especially, great songs. Everything he does is inspired. It is with deep respect and honor that we welcome Kenny to Warner Music Nashville. We couldn’t be more excited to work with him and his team.”

“Kenny’s not only a country music icon, but an American superstar, who’s still hungry to write, record, and perform amazing music that moves millions of people,” said Warner Music Group CEO, Recorded Music Max Lousada. “The fact that he has chosen Warner Music as his new label home is a huge testament to the culture created by Espo and his team, who have made our Nashville operation a magnet for both emerging talent and established artists. I join Espo in welcoming Kenny into the Warner family, and we’re all looking forward to amplifying his success and taking his music to fans across the globe.”

About Kenny Chesney:
Kenny Chesney is an American musical force. With 30 No. 1 hits, including “American Kids,” “When The Sun Goes Down,” “I Go Back,” “Noise,” and “Pirate Flag,” over 30 million albums and 38 million tracks sold, he has created the soundtrack for coming of age in the heartland in the 21st century. His commitment to his fans – known as the No Shoes Nation – has seen Chesney succeed as the only Country artist on Billboard’s Top 10 Touring Acts for the past 25 Years, as well as consistently playing NFL stadiums across the U.S. That commitment to giving his fans songs that hold their lives, and concerts where he consistently breaks records, reflects the passion that fuels the songwriter/superstar.

About Warner Music Group
With its broad roster of new stars and legendary artists, Warner Music Group is home to a collection of the best-known record labels in the music industry including Asylum, Atlantic, Big Beat, Canvasback, East West, Elektra, Erato, FFRR, Fueled by Ramen, Nonesuch, Parlophone, Reprise, Rhino, Roadrunner, Sire, Spinnin’, Warner Bros., Warner Classics, and Warner Music Nashville, as well as Warner/Chappell Music, one of the world's leading music publishers, with a catalog of more than one million copyrights worldwide.