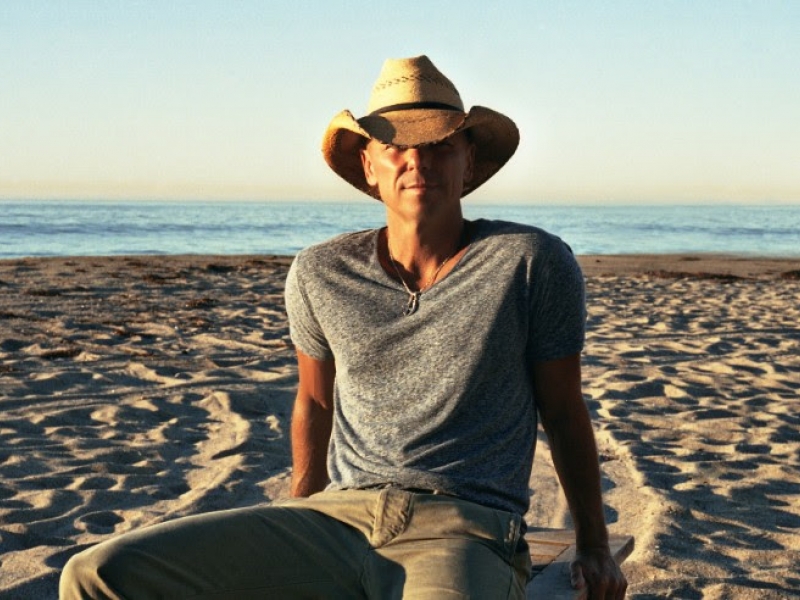 After an evacuation and 45-minute storm delay, Kenny Chesney hit the stage at MetLife Stadium at 10:12 pm determined to make up for lost time. As “Beer In Mexico” surged through the speakers, the songwriter/superstar from East Tennessee strode on stage, fully in command of a band who’d come to play hard.

“Sometimes that waiting really fires you up,” explained the 8-time Entertainer of the Year. “You’re ready to go, and then it builds, and builds. It doesn’t hurt that the crowds in East Rutherford are such passionate, dig deep music fans. This was our sixth time. They were so loud, so in the moment, I loved listening to them sing these songs back to us.”

Playing to 58,642 members of No Shoes Nation, Chesney not only had his own best attendance number, he became the biggest ticket seller at MetLife Stadium. In six plays, the same number as Taylor Swift, Bruce Springsteen & the E. Street Band and Bon Jovi, Chesney’s total numbered 338,516 – 10,000 ahead of the next closest performer. Just as stunningly, Chesney became the only country artist in the Meadowlands/MetLife Top 10 concert draws of all time: joining Springsteen (30 plays ), the Grateful Dead (14), Bon Jovi (14), U2 (11), the Rolling Stones (9), Dave Matthews Band (9) and Billy Joel (7).

“When they told me, I couldn’t really get my head around it,” Chesney marveled. “Those are big numbers. But you know, to me, when we hit that stage, and I saw all those people, soaking wet, who’d hung through the evacuation and had come for the music; to me, that was the greatest sight in the world – and it’s why we come back year after year. They rock us harder than we rock them!”

By the time guitarist Kenny Greenberg, clad in a Stone Pony t-shirt, grabbed a banjo for the two week No. 1 “Get Along,” Chesney, band and audience had found their groove. When the cheers for “American Kids” went on for almost a minute, the man Variety called, “Country music’s only long-term stadium act” threw the song back to the crowd for a bonus chorus. Old Dominion guitarist and “Save It For A Rainy Day” co-writer Brad Tursi was surprised with an oversized birthday margarita, and Thomas Rhett improvised “Kenny Chesney gets a whole lot hotter when the sun goes down” during his guest turn on the six week No. 1 duet with Uncle Kracker.

“This was the last night for Thomas and OD,” Chesney said. “It’s been an incredible summer, filled with so much incredible music, heart and great people. Tonight on stage, after all of it, you could really feel the power of what music does for and to people. You can have a ton of rainfall stop the momentum, but you can’t stop the songs. It’s why we do what we do, and I hope it’s why No Shoes Nation keeps coming back.”

The connection between Chesney and the audience isn’t just a live proposition. Songs for the Saints, which benefits the Love for Love City Fund, topped the Country Albums chart and was the biggest selling debut on the Top 200. On the heels of the record-breaking “Get Along,” Chesney’s 30th No. 1 made him the artist with the most No. 1s in history, record-breaking seems to be the order of the summer.