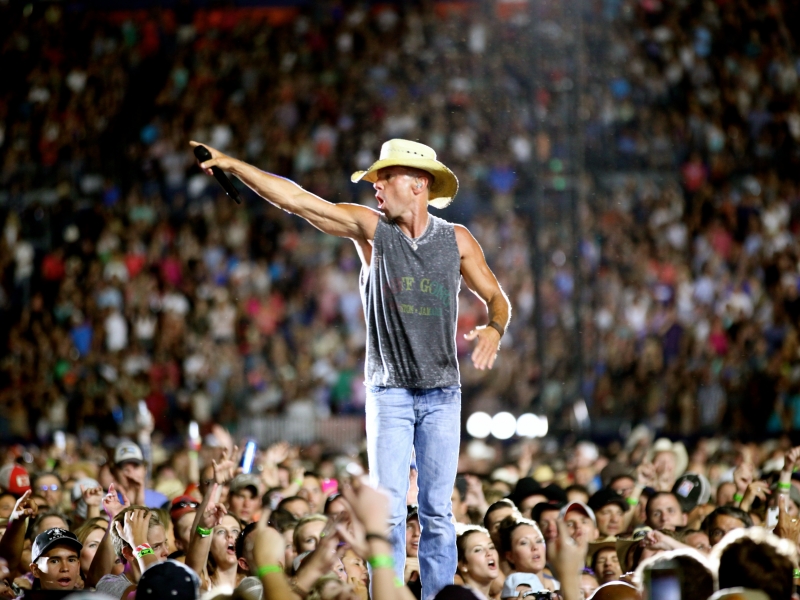 Nashville, Tenn. (March 7, 2016) --  “You have to take time to live and breathe, to fill up your tanks to be creative,” says multi-platinum country songwriter/vocalist Kenny Chesney. “Otherwise, you’re just on a treadmill churning out what you’ve already done... Who needs that? For me, especially after the success of The Big Revival, I want to move the music, the songs, the discussion forward!”

Having hit a nerve with the GRAMMY-nominated “American Kids,” the triple rhythm, double hook song that celebrated America’s freewheeling nature, and “Wild Child,” which embraced the free spirit of women instead of the short shorts, The Big Revival was a CMA Album of the Year nominee that spawned four straight No.1s. Chesney felt like he’d set the bar for what his music can be.

To that end, Chesney has spent the last several months writing and seeking songs in Austin, the islands, and the road. He’s also joined with longtime co-producer Buddy Cannon (Willie Nelson, Merle Haggard) in the studio in Los Angeles and Nashville.

“There’s a moment you feel a record grab hold, and take shape,” Chesney says. “You can have great songs and not have an album. You can have a killer record that won’t move people on the radio. The idea is to balance both, then hopefully create something that does both, that also says something as a whole. I think we’re on our way.”

Drawing on David Lee Murphy (“Living In Fast Forward,” “Pirate Flag”), Josh Osborne (“Wild Child,” “Come Over,” the GRAMMY-winning “Merry Go ‘Round”) and Shane McAnally (“Somewhere With You,” “American Kids,” “Come Over”) Chesney has also mined Matraca Berg (“You & Tequila”), the Oscar-nominee Allison Moorer and Americana Artist of the Year nominee Hayes Carll, as well as a few surprises.

“There are a few writers who get me, who get my life and my soul,” Chesney says. “And I was lucky enough to have time to write with them. But I also got to hear a lot of great songs, some different writers, so there was a lot of music this time to draw from and be inspired by.”

“When we came off the road and I listened back to The Big Revival, all I could think was, ‘Man, we covered a lot of ground, went pretty cool, as well as new places musically,’” continues the man who’s notched 28 No. 1s. “I knew we couldn’t repeat, but I also wanted to find more new ways and new things to record!”

Kenny Chesney has created trends instead of following them since his breakthrough No Shoes, No Shirt, No Problems andWhen the Sun Goes Down. Always seeking something fun that didn’t sacrifice innovation, he’s teamed with Dave Matthews, Uncle Kracker, the Wailers and Grace Potter on a series of outside the lines No. 1s. Look for new music sometime this spring.