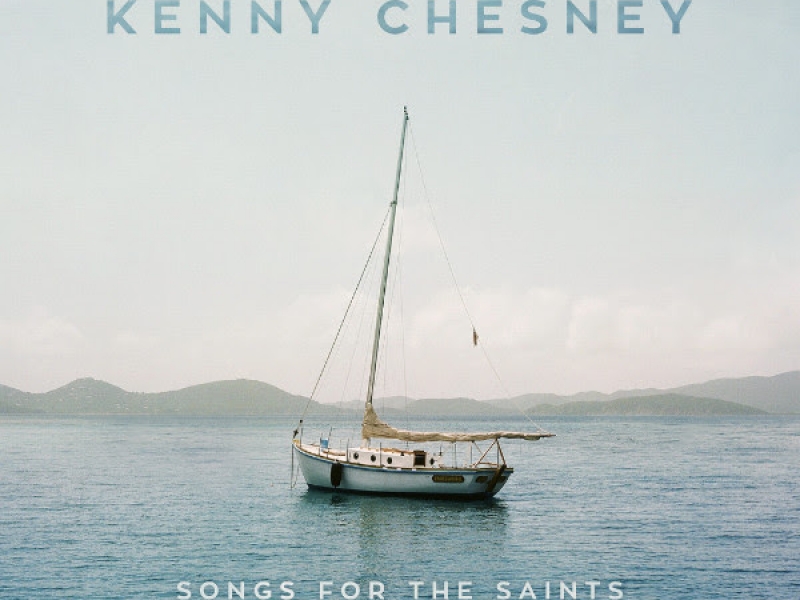 Kenny Chesney didn’t know he was embarking on a deeply personal – and ultimately, utterly hopeful – record when he wrote “Song for the Saints” and “Love For Love City” in the ballast of Hurricanes Irma and Maria. But as the storms passed, his friends in the U.S. and British Virgin Islands emerged to face a new world, and he found himself deeply involved in island rescue and rebuilding. It was then that Songs for the Saintsmaterialized.

“Of all the songs on there, ‘Better Boat,’ I think really captures the emotion of that moment – and the months following,” says the 8-time Entertainer of the Year. “There’s an acceptance it takes to face those challenges and that uncertainty… the lyric has that line, ‘I ride the waves I can’t control…’ And that’s exactly how this was, and in some ways, still is.”

Opening with a lead gut string guitar part from 9-time CMA Musician of the Year and acclaimed songwriter, Mac McAnally, “Better Boat” drifts through a philosophical consideration of the wreckage life can be and the journey through vulnerability to acceptance and grace. Written by Travis Meadows and Liz Rose and featuring the luminous voiced Mindy Smith, who was named the first Americana Music Awards New/Emerging Artist, “Better Boat” will be the third instant grat track for people who pre-order Songs for the Saints.

“Mindy’s voice is so much a part of my life on the islands: I woke up with her music, drifted across the ocean with her music, watched the sun sink and the stars come out to that voice,” Chesney says of his choice. “When I heard this song, and thought about what it means, I knew Mindy had to be on here, because she’s like an angel, a spirit who lets you know that no matter what, it’s going to be okay. That’s a very big deal.”

All proceeds from Songs for the Saints will go to Chesney’s Love for Love City Foundation, which has funded rescue and rebuilding projects across the U.S. and British Virgin Islands. Healing and offering hope is a big reason for the project, as well as showing the world the spirit of the people who call those islands their home.

“You couldn’t extinguish the hope and the joy inside them,” Chesney marvels. “They are facing something so traumatizing and finding this inner beauty to tap into. Everyone is working together, is finding ways to make things better. Step by step or piece by piece, they know it’s a slow process, but this music – and the donations – let them know they’re not forgotten, even though they’ve slipped off TV.”

With all the proceeds of Songs for the Saints going to Chesney’s Love for Love City Foundation, the reserved musician stresses this album isn’t about the destruction and devastation as much as it is about the beauty of life on the islands, and the way its people create a life that is utterly their own. It was the sense of friendship and freedom, as well as the unspoiled beauty that drew him as an artist emerging with a perspective wholly his own.

Songs for the Saints captures the transformation of vulnerability into unspeakable strength and courage. Tempering the devastation that Hurricanes Irma and Maria left across the bracelet of islands with an unstoppable elation and celebration, it renders the essence of the life he found there – and the deep joy and humanity the residents demonstrate on a daily basis.

With “Get Along,” the banjo-driven ‘what we have in common is greater than what offends us about our differences’ sitting at #2 on the country radio charts, “Pirate Song” offers the whisper of escape and the stillness of the grace that sets us free. “Better Boat” is available this Friday, July 13, with the full album available July 27.