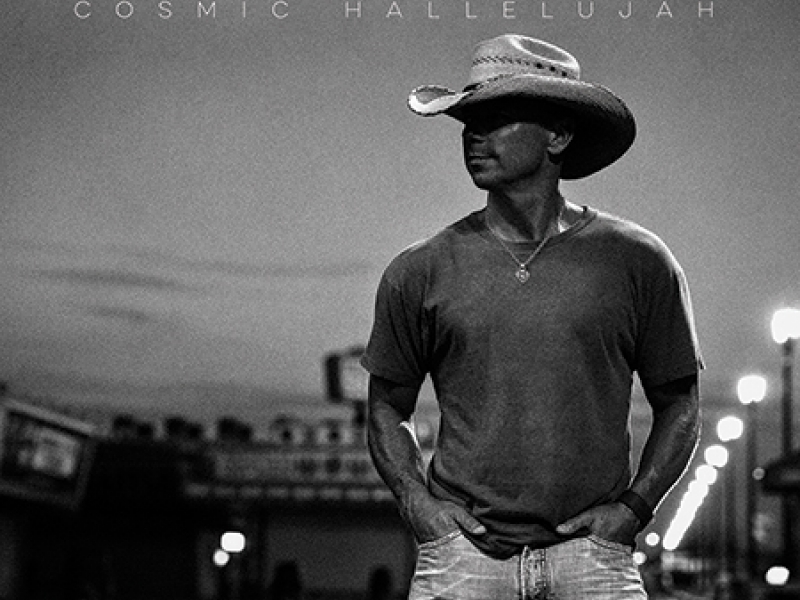 NASHVILLE, Tenn. -- With USA Today already weighing in with “Kenny Chesney goes ‘deeper’ on new album,” Cosmic Hallelujah is getting ready to bow Friday, Oct. 28 – after delays for creative expansion, a No. 1 this week, a duet with rock/pop superstar P!NK “Setting the World on Fire,” and a cadre of media appearances to draw the No Shoes Nation even further into the follow-up to his four straight No. 1-yieldingThe Big Revival.

“This record is personal to me,” says the four-time Country Music Association and four consecutive Academy of Country Music Entertainer of the Year. “It was an unusual path, but I think it took the album as a whole to new places, something I always want to do with the No Shoes Nation. If The Big Revival was ‘wake up and get back to living,’ Cosmic Hallelujah balances being aware with embracing every thrill that comes with being alive – and knowing those thrills are right in front of you, if you just pay attention. And it’s funny: the questions asked for this have been the best in my entire career.”

Kicking things off with appearances on “The Ellen DeGeneres Show” and a taped piece with Natalie Morales on the beach for “Today,” as well asPeople and Entertainment Weekly on Friday, Oct. 28, Chesney will be the subject of a major profile in Monday, Oct. 31’s Los Angeles Times, then appearances on “James Corden” and “The Talk” on Tuesday, Nov. 1. For the always reticent songwriter/superstar from East Tennessee, the opportunity to talk about the energy he rode into the studio while recording four additional songs for Cosmic Hallelujah has yielded some of his most insightful media yet.

“Jesus And Elvis” bows on NPR’s prestigious “All Songs Considered” today. The Hayes Carll/Allison Moorer/Matraca Berg song celebrates LaLa’s Little Nugget in Austin, Texas, but it’s really about those places that are sanctuaries for real life in all our lives. Besides the front page-teased Life cover feature in USA Today, New York’s Newsday called it, “country perfection,”  The Boston Globe deemed it “a love song to another person and to the idea of getting away…working from a larger sonic palette, one that incorporates ideas from stadium-rockers with whom he shares dressing rooms and the rollicking Nashville bars that still loom large in country’s imagination.”

“I made a really good record with Some Town, Somewhere,” marvels the man who’s headlined 135 major stadiums, “and it was a core sample of the No Shoes Nation. But between that being-in-the-moment charge of ‘Setting The World On Fire’ with P!NK – and she’s so electric and amazing – finally finding a place for ‘Coach,’ and a few new songs,Cosmic Hallelujah turned into this top-of-the-rollercoaster kind of throw-your-hands-up-and-embrace-every-awesome moment life hands you kind of song cycle.”

With a lyric video for “Rich & Miserable” and instant grat “Trip Around The Sun” already out, there’s all kinds of music coming for fans of the man from Tennessee.