Kenny Chesney Lands at No. 1 with “Get Along” First Warner Nashville Single Is Chesney’s 30th Career Chart-Topper Breaking Billboard’s Most No. 1s on Country Airplay Chart 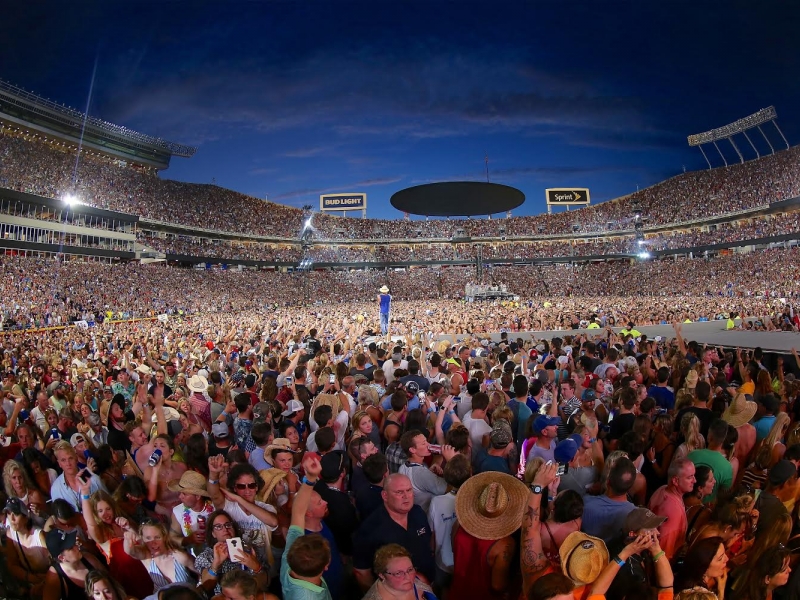 Fresh from breaking the attendance record he set in 2015 this weekend at Kansas City’s Arrowhead Stadium with 57,528 members of the No Shoes Nation coming out for his Trip Around the Sun Tour, Kenny Chesney sets another record. As “Get Along” tops Billboard’s Country Airplay chart – his 30th career No. 1, the songwriter/superstar from East Tennessee becomes the artist with the most No. 1 hits in the history of the chart.

“I can’t think of a better song to set a record,” Chesney says. “Everything it says is everything I think makes the world a better place. To have something that has a groove that feels so good wrapped around a song that reminds us it’s the things that bring us together that will make us happy… When you get right down to it, “Get Along’ is a great way to have some pretty important life advice delivered.”

"Even when Kenny does 'art,' he understands the soul of people -- and how to connect,” enthuses Warner Nashville Chairman John Esposito. “'Get Along,' as he said, is a song for times like these -- and radio's response shows it.”

“It feels great to hit No. 1, but ‘Get Along’ also reminds us: we have more in common than we think, and if we start there, if we get along, we can make this world a better place. As our first -- and one of his fastest – No. 1s, I can't think of a better way to kick-off this relationship."

“In some ways, ‘Get Along’ is very different from the rest of Songs for the Saints,” Chesney says. “But in a lot of ways, it boils down every other subject onto the record – and ties it up with a perfect bit of the euphoria that defines the people of the Saints. It was an obvious choice for radio, but it also embodies everything else on a record which lifts up everything that has inspired my music over the last eighteen years.”

Just coming off the David Lee Murphy “Everything’s Gonna Be Alright,” there’s a definite energy coming off Chesney’s creative zone. Tapping into feeling good and embracing the best of what’s possible, he’s having an unprecedented summer.

Starting as a few songs written in the throes of Hurricane Irma and the wake of Hurricane Maria, Songs for the Saintsquickly evolved into a deeply personal and absolutely in-the-moment song cycle. Featuring Ziggy Marley, Mindy Smith and Jimmy Buffett, the project considers humanity, hope, resilience and how we all can and do get along.

“This didn’t come from anywhere but my heart, my soul and my concern for a lot of people who’ve given me a lot of their life. When it’s good, lots of people get inspired, get in gear and find their better selves. To start Songs for the Saints this way feels like a really good beginning.”