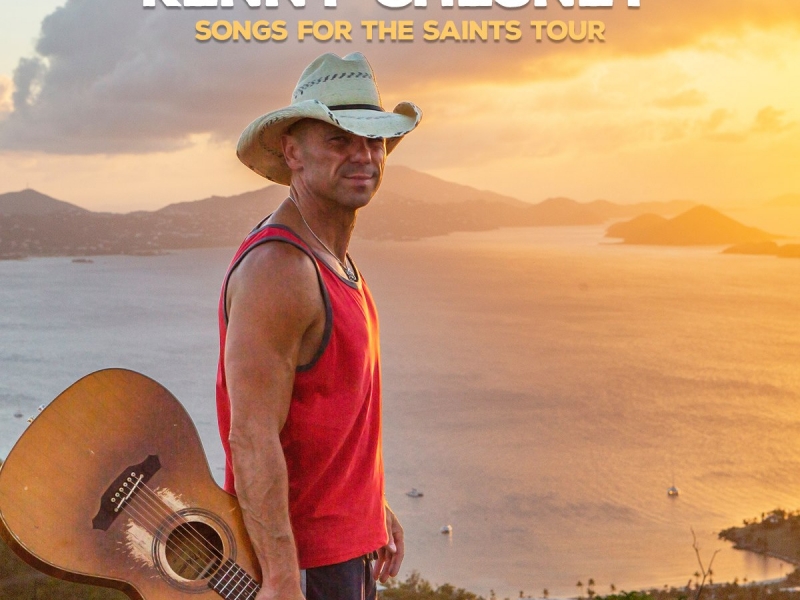 Having set and often broken his own records with 2018’s Trip Around the Sun Tour – including over a million fans at Foxborough’s Gillette Stadium and becoming the single biggest-seller at New Jersey’s MetLife Stadium – Kenny Chesney wanted to change things up. He knows his massive stadium shows are a rite of summer, playing to over a million people on every single tour, but the 8-time Entertainer of the Year wanted a little more intimacy for 2019 by taking the music to where the fans are.

“I wanted to change it up,” says Chesney. “Last year was so intense, and amazing. No Shoes Nation took it to a whole other level, and they blew all of us away. It was the kind of energy you don’t take for granted. So when we started thinking about next year, they made me wanna come to them. Rather than the massive two-day set-up, make everyone come to a stadium away from their homes, I wanted to go to where the fans live... strip things back a bit, and make it a little more intimate.”

“I love reaching to the very top, the very back of a football stadium, but I also love the idea of really being able to see the back of the room.”

So, after much speculation, Kenny Chesney announces his Songs for the Saints 2019 Tour. Initial dates include Champaign, Illinois, Grand Rapids, Michigan and Tuscaloosa, Alabama, making Songs for the Saints 2019 Tour a decidedly different kind of tour. Focusing on the heartland, mid-Atlantic and South over the course of three months, it’s a chance for the songwriter/superstar from East Tennessee to get into several cities without stadiums – and Chesney is fired up about the prospects.

“Sometimes it’s about stripping things back, and creating a different kind of experience,” says the only country artist on Billboard’s Top 10 Touring Acts of the Last 25 Years. “Making Songs for the Saints really showed me the power of bringing things closer to the heart. For me, I wanted 2019 on the road to get the music to the fans, right where they live, and as always, my team figured out exactly how to help me do that.”

For Chesney, the man Variety called “Country music’s only true long-term stadium act” and about whom USA Todayhailed, “Chesney’s charisma stretched to the back rows of the stadium,” Songs for the Saints 2019 Tour makes good on everything his career has been built on. Having spent 2018 writing and recording Songs for the Saints, spearheading island recovery efforts in the U.S. and British Virgin Islands through his Love for Love City Fund, playing 19 stadiums and 43 dates, his focus has been on how music makes a difference.

“This is the kind of thing you do for passion,” Chesney explains. “To rein things in a bit, change up the way we present the music, I know these songs will show us things they don’t when we’re in those massive stadiums. I never worry about the energy or the passion, but I think the songs are different depending on where you play them. So I’m fired up for 2019.”