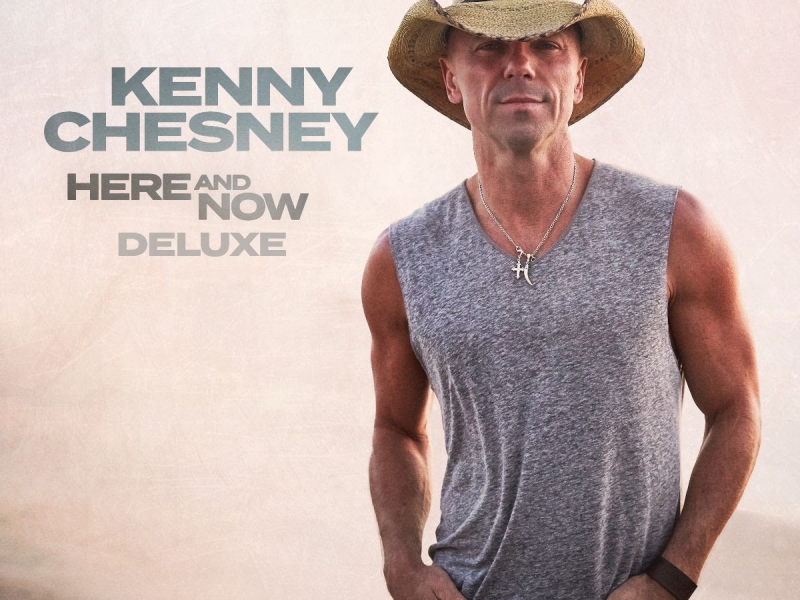 For Kenny Chesney, it all starts with the song. That commitment to music that captures life, reflects the joy, the wow, the now has driven his career – and makes his music the soundtrack for people living life across the country. Like everyone else over the past 14 months, the songwriter/superstar from East Tennessee has drawn on his friends, revisited the things that bring him joy and created music that comes from the heart.

“It’s funny what you learn when you’re forced to stop,” marvels the man The Los Angeles Times called “The People’s Superstar” about his creative burst. “I have always loved songs and songwriters, being in the studio with the most creative people. But over the last year, as much as I’ve loved making music – I always have, I’ve realized how much I truly live and breathe songs.

“With ‘Knowing You’ finding its way up the charts, and so much music on Here And Now for people to still explore,” he continues, “there was all this music we’ve made. I decided I didn’t want to wait for the next album. I wanted these four songs to be part of what Here And Now is – making Here And Now Deluxe maybe shows a little bit of a now we never saw coming.”

Indeed, the four new songs add layers to Here And Now’s core sample of life as it happens. From the chilled in the moment gratitude “Wind On,” co-written by old friend and CMA Musical Event of the Year collaborator David Lee Murphy, the roots of our youth and raising “Fields of Glory,” to the triumphant recognition of innocence and love infused with the power of music “My Anthem” and Chesney and Tom Douglas’ prayerful contemplation of strength “Streets,” the eight-time Entertainer of the Year dug deeper into the human spirit, the playful resilience and enduring passion that marked No Shoes Nation since it emerged from stadium parking lots across America.

“The rules have been rewritten and rewritten,” Chesney says of today’s creative landscape. “How we make music, deliver music, consume music, and they’ll probably keep changing. There’s a freedom in that for guys like me, who love writing, hearing great songs, looking for more where there’s already so much. The idea of adding songs was unheard of a few years ago; now it’s ‘When do you want to release it?’

“But for all that freedom, one thing doesn’t change: a great song is a great song, friends are something you can’t buy and we are all united when we sing along. So, in that spirit, I couldn’t wait to get these songs to No Shoes Nation. Finally. Here they are.”

“The response to ‘Knowing You,’ especially from the ACM Awards and the stories I’m hearing from all over the country, tells me people are looking inside, but not in a sad way,” Chesney explains. “We are grateful for those moments, those people who make us more – and I think that’s what these four additional songs offer, too; appreciation for how rich life is. Even when it’s something we couldn’t have imagined, everything in these songs is real and true. So, with that spirit, Here And Now Deluxe. It’s even more, but everything No Shoes Nation is all about.”