KENNY CHESNEY EMBRACES THE ONES WHO HAUNT US 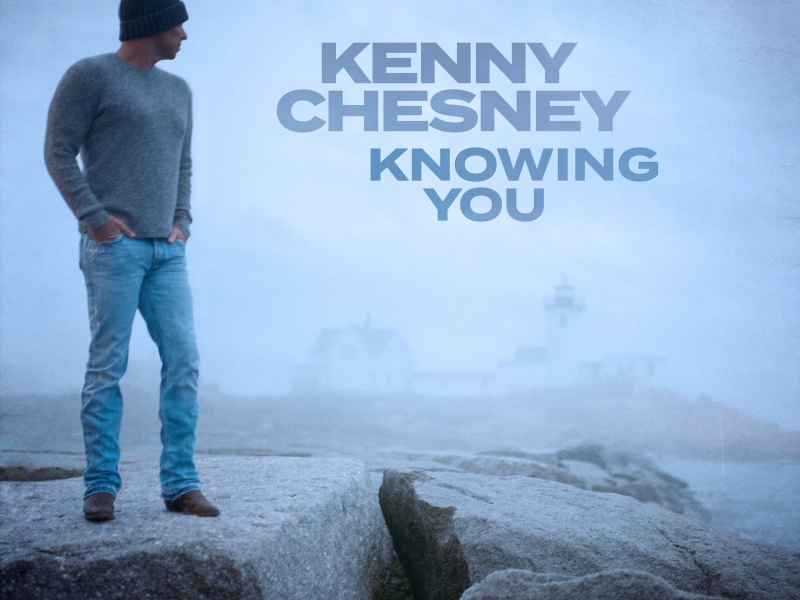 NASHVILLE, Tenn. — Kenny Chesney has always sought to take country music to places it wasn’t going. Whether the stadium-sized East Tennessean songwriter was rocking the triple-rhythmed, double chorused celebration “American Kids,” the Calypso-undertowed fun “When the Sun Goes Down,” the rafter-rattling rejection of “Noise” or the small town Friday night football games “Boys of Fall,” he wanted to capture a piece of life that makes the listener feel more alive. With that in mind, he reaches into the grace and gratitude of loss for “Knowing You.” The classic country waltz embraces someone who’s gone – a lover, soulmate, friend or relative – from a place of how good it was, how much was learned and how alive what was shared makes you feel.  “We all have those people in our lives,” Chesney reckons, “who set you on fire with possibilities, make everything mean more in the moment and forever after that. It’s so technicolor and alive, you may not even realize when you’re in it. But when it’s done, you have to smile because you’re so much more for knowing them, so much more because of every second you shared. “Maybe they left you to chase a dream, maybe circumstances pulled you apart, maybe they died, but wherever they are, you know they’re bringing all that to that place – because that’s what they do. It’s what they did for you, and you can only be grateful for what you experienced.” For the eight-time Entertainer of the Year and only country artist in the Top 10 Touring Acts of the Last 25 Years for the last dozen years, the idea of recording a simple country song appealed the man The Los Angeles Times called “The People’s Superstar” and The Wall Street Journal crowned “The King of the Road.” “It sounds like coming home in a lot of ways,” Chesney explains. “This is the essence of all the music that country is. When you hear this, something inside tingles, because it’s more than production tricks, the guitars, or how hard the drums hit, it’s just so pure... Country at its very best is true, it’s from the heart. ‘Knowing You’ is just that, it’s all heart.” Written by longtime friend Brett James (“Out Last Night,” “Spirit of the Storm,” “When the Sun Goes Down”), Adam James and singer/songwriter Kat Higgins, who celebrates her first single with this song, it’s a postcard from what was that sweetens where we are in ways the singer and the listener could have never imagined. More than wistful, it smiles to the horizon for the one who’s gone and everything about who they’ve become that’s richer for their relationship. “It’s not that it’s gone,” Chesney says, “it’s that it happened.” Pausing, he explains what he hoped the track would evoke, “With that tempo – and the way the guys played it – there is so much room for the memories, the feelings, the details of not just what happened, but how you were changed in such powerful ways. To have a song that leaves room for dreaming, for remembering? That amazed me, and it seems so important right now.” Evoking a certain innocence, “Knowing You” is the kind of Chesney song that made “Anything But Mine” and “There Goes My Life” enduring classics. Pure, in the moment, but recognizing how much more that moment is than just what happened, Chesney invested a week last fall to film a forthcoming video that brings at least one version of what “Knowing You” is to life. With 31 No. 1s, the most in Billboard chart history, Chesney built a career seeking songs that reflect how people claim their lives, dreams and the moments they felt most alive. The third single from his eighth No. 1 all-genre Top 200 Albums debut Here & Now, “Knowing You” arrives at radio today, February 22.