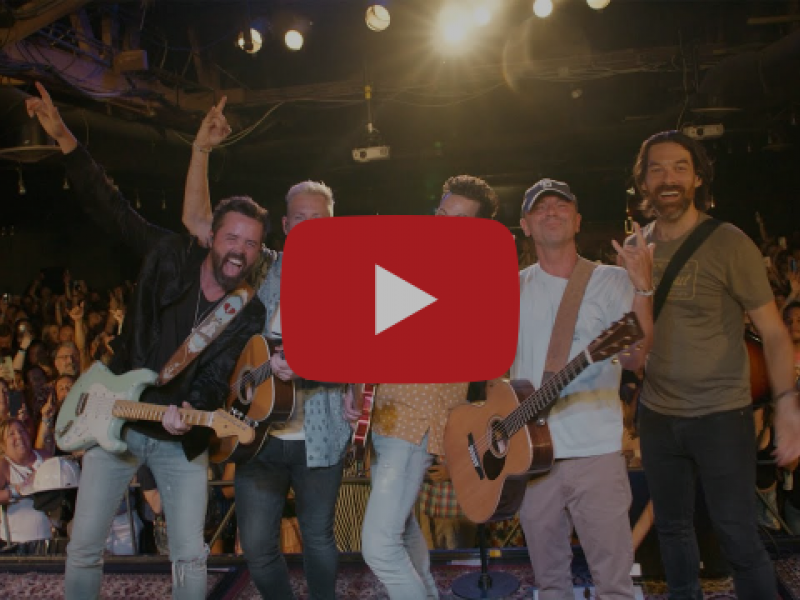 NASHVILLE, Tenn. (Here And Now) – Having broken his own records at multiple stadiums, Kenny Chesney’s Here And Now 2022 tour blazed across America and played to 1.3 million fans in a single summer. Even more than the sheer energy that Chesney, his guitar-forward band and No Shoes Nation generated each night, there was a spirit of joy that permeated every moment of the tour from the load-in to the parking lot parties and the final extended play-offs in each market.

To celebrate, the man the Wall Street Journal called “The King of the Road” tapped his longtime stadium tourmates Old Dominion to record the raucous good-time anthem “Beer With My Friends.” They debuted the blaring rocker at the two-night tour-ending stand at Foxboro, MA’s Gillette Stadium.

Knowing this summer was unlike any other, Chesney had been documenting behind the scenes, onstage and in the parking lots. With “Beer With My Friends” having such strong, fun energy, what better way to create a moving scrapbook that serves as postcards from the road to the people of No Shoes Nation?

“I tried to tell friends how magical it was up on that stage, how good the vibe was out there,” Chesney marvels. “Not since we started doing those early Keg shows have I had that much fun doing a pop-up – maybe because Old Dominion was doing all the work! But it was just free, easy and I think everyone remembered who they were before the world got so heavy. Or maybe it’s just that music really does melt all the stress of the week away...

“No Shoes Nation is just an extension of my soul. When I was looking at all the footage, laughing to myself, I knew I needed to share some of this with everyone who came out all summer. So what better way to do that?”

In buses, on tiny stages, with an empty stadium and backstage, the camera sliced through Chesney’s world; ice baths, crazy dancing, private jokes, a fish named Marley, a cameo of his mom, island vistas; it’s all there. Plus, No Shoes Nation in the parking lot, the Sandbar, the packed stands; rocking out in all their glory.

“It’s hard to believe how fast the summer went,” Chesney continued. “If every picture is a million words, then every cut of this clip is a whole movie! Every shot means something to us, all those faces in the crowd, the stadiums... And to have Old Dominion, who’ve turned into real brothers of the road, up there with me, it shows not just this summer, but so many summers where we’ve dreamed even bigger than maybe anyone has a right to.

“So when you see me drinking that beer in the ice bath, just know: that beer I’m lifting’s for you... wherever you are, whoever you’re with! It’s all about ‘Beer With My Friends,’ from my whole road family, Old Dominion and beyond, to you!”

With an all-sing chorus meant for everyone in the house, “Beer With My Friends” is ready for bonfires, tailgates, corner bars and anywhere people are coming together. Now, with the video coming today, there’s a mini-movie to go with the soundtrack of pure unbridled fun.