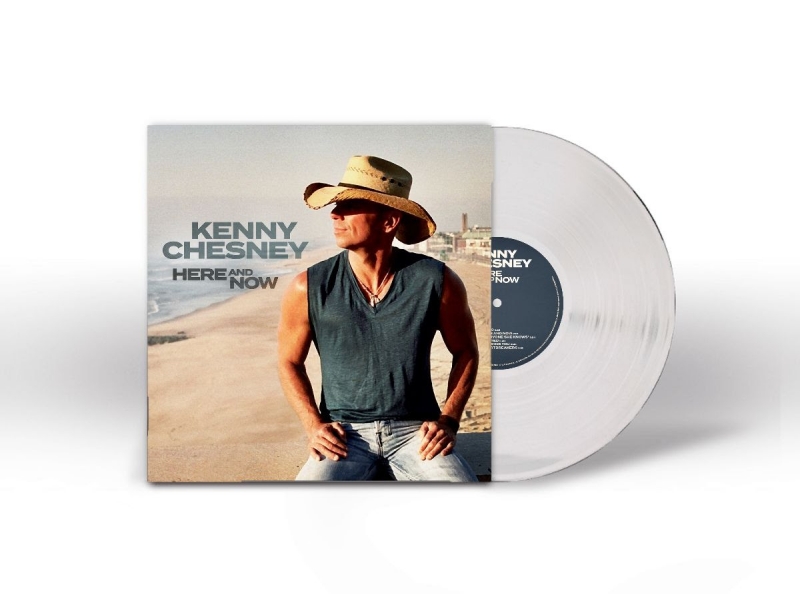 Kenny Chesney became the sound of summer and coming of age in the 21st century by writing and recording songs that reflected the best parts, as well as hidden blessings, of life in “the flyover.” A young man who knows the joy of what music can give you, he assembled the millions-strong No Shoes Nation through must-see live shows and songs that the people were already living by heart.

With the success of Here And Now, debuting at No. 1 on the all-genre Billboard 200 chart with the second-highest physical sales of 2020 behind only BTS, and the chart-topping single of the same name, the songwriter/superstar from East Tennessee decided to do something he’s never done before: release vinyl.

“Music is medicine,” says the quiet man known for his high-impact stadium shows. “And No Shoes Nation is people who work hard, rock hard, play hard. They’re always in their truck or their car, headed somewhere, so I like the idea they take these songs along with them.

“But with so many of us staying home, having the time to really dive into the music and listen – and based on the passion for this project, it seemed like now is the time to do vinyl. I had a friend give me a stack of albums from the ’70s and ’80s a few years ago, and there really is something different about settling in and listening. It’s warmer. It has a bit more presence sonically. It’s a whole other way to listen, and right now, that feels like a good thing.”

Here And Now will be pressed on clear vinyl, the color of green sea glass. The packaging will supersize the original artwork of Chesney’s latest album – and will be available for fans on August 21 via his own online store at kennychesney.com and exclusively through Walmart.

“One of the most difficult things for people seems to be actually getting their hands on physical recordings,” he explains. “It used to be so easy to drop into Tower Records and get lost for a while. Today people have so much they have to do, plus they really don’t want to go out right now, so this seems like the easiest and best way to get the vinyl Here And Now into the fans’ hands.”

With the how-you-choose-to-see-it “Happy Does” being most-added at country radio in its first week, Chesney’s brand of life-affirming music continues creating a good vibe for a summer unlike any other. At a time when it’s hard to reckon with a world where everything is different seemingly every single day, music is the one thing that can lift you up, give you hope, make you laugh or cry and offer something that you need and didn’t even think to look for.

“There were a couple other songs we were talking about,” Chesney says of his current single, “but it felt like right now, remembering to see the glass as half full, to find the best possible reality in any given moment is so important. ‘Happy Does’ is filled with people doing just that, and it’s why in the end, we decided that would be the song we’d send out there for summer.”