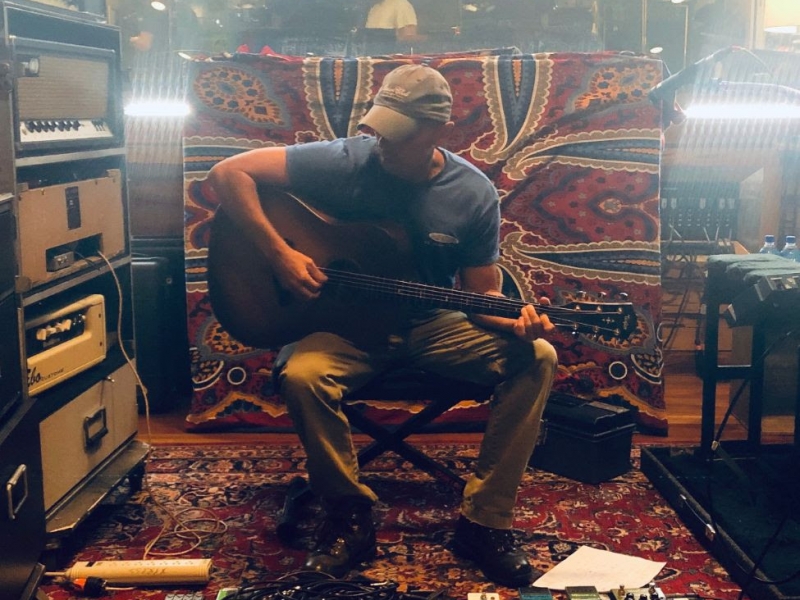 Nashville, Tenn. — When last year’s Songs for The Saints Tour took Kenny Chesney to the fans in places he doesn’t always get to, that same focus on the lives and times of No Shoes Nation inspired him in powerful ways. His first true studio project for Warner Music Nashville, the album that’s taking shape, has been carefully shaped to reflect the people who mean the most to him.

“No Shoes Nation are the most passionate people I’ve ever seen,” Chesney says. “When I started listening to songs, even before Songs for the Saints came together, I was thinking about how incredible they sounded on Live From No Shoes Nation; about all the stories people tell me about what the songs mean to them, how they’ve been part of their lives. It makes you want to really write, find and record stuff that measures up to that.”

The East Tennessee songwriter began amassing songs, experimenting in the studio and working to find the right mix of sounds, themes and feelings. His first studio recording since 2018’s Cosmic Hallelujah manifests an accumulation of all the music since.

Making this project over the last few years allowed for unique collaborations with the best musicians who’ve been part of recordings that have defined coming of age in the 21st century. Some rocking, some thoughtful, the high energy performer wants this record to speak to and connect with the fans who’ve found his music something to believe in no matter their state of being.

“People tell me their stories, what a song has meant, where and when they’ve played it, funerals, weddings, big games” says the eight-time Entertainer of the Year. “You realize what these songs represent. It’s not just a hit record, but a piece of people’s lives, words when they need them, a break or a place to cry...and yes, a lot of times a lot of fun.

“For me, I wanted this record to reflect all that. We have songs with the most rocking guitars and massive drums, but I have a song with just Mac McAnally and John Hobbs, who played piano on so many records, and me. Just listening to those two play, you can hear how much music means to them, too. It’s powerful.

“And for the writers, the way we did it wasn’t so much ‘Let’s get some songs...,’ as it was, ‘Let’s get together!’ We talked a lot. We laughed a lot. We remembered a lot. It was more about how much we all loved music, diving into talking about how music shaped us. A lot of songs got written after people went home for the night, because they were inspired, which is how Nashville was when I first got there.”

No word on album title, how many tracks or release date, but work on Chesney’s first Warner Music Nashville record is obviously focusing and finishing up. With his Chillaxification 2020 Tour kicking off April 18 at AT&T Stadium in Arlington, Texas, the only country artist on Billboard’s Top 10 Touring Acts of the Last 25 Years is ready to reconnect with NSN.