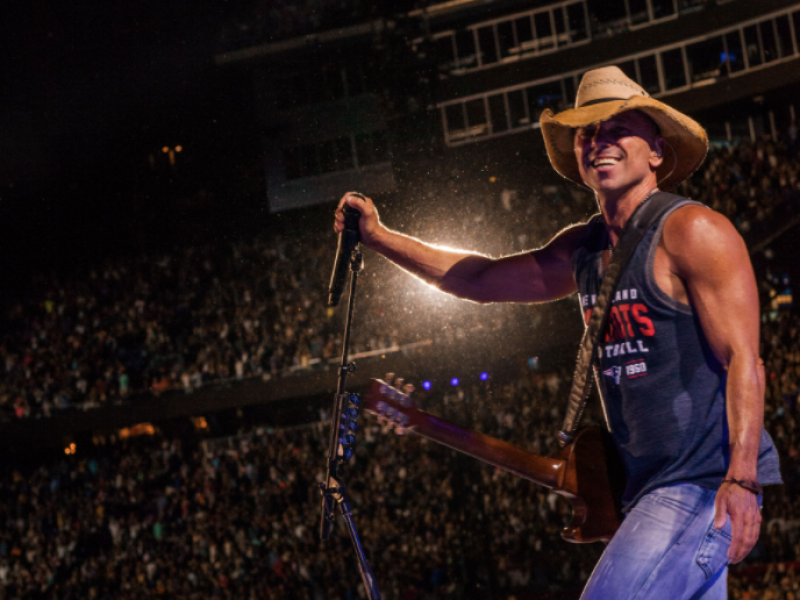 “I said I can’t wait for people to hear them!”
KENNY CHESNEY SET TO CLOSE CMT MUSIC AWARDSPreviews Here And Now 2022 Tour Velocity with a Classic
April 11 on CBS

NASHVILLE, Tenn. – When Kenny Chesney gets serious, there’s no stopping him. Waist deep in final rehearsals for his Here And Now 2022 Tour, the eight-time Entertainer of the Year and only country artist in the Top 10 of Billboard’s Top Touring Acts of the Decade is so fired up to be back on the road after three years away from touring, he reached out to CMT (Country Music Television) to be part of their first awards telecast on CBS.

“You just know when something’s white hot,” Chesney says of the chemistry he and his band have landed on in the rehearsal hall. “I can’t wait for people to see where this band is, and I realized: even when we get to Raymond James Stadium on April 23, most people won’t get to see it until we hit their town!

“I know there are some very passionate people who are coming into Tampa to be part of flying the No Shoes Nation Flag for the first time since 2019, and I can’t wait to hear them roar. But when I realized the CMT Music Awards were happening next week, I asked if they could find space for us to debut this band, to play one of those songs that defined what we do live all those years ago – and they said, ‘C’mon.’”

For Chesney, who will be debuting new drummer Nick Buda and guitarist Danny Rader, it’s the opportunity to rock hard, to have fun and to return to the awards show where he won his first top award – Video of the Year – in 2002. With video having played a major part in defining who the laidback songwriter/superstar is – delving into many of his songs’ deeper and richer meanings and empowering people through the sentiments of songs such as “Knowing You,” “Get Along,” “Wild Child,” “Noise,” “Here And Now” and “Everyone She Knows” – Chesney understands the power of merging his high impact live shows with the mini-films that have become one of his signatures over the last decade and a half.

“When you do video right, it’s a lot like hitting the stage with everything you’ve got,” explains Chesney. “You can give people so much more than a song or a record; you can show them the power and the emotion that’s driving what’s inside the songs. So, for us to come be part of this Monday, it’s bringing who we are live to a place people have seen so many of these videos.

“And it’s always great to be able to close down the night! For us, to be part of what will change people’s lives, to show what’s possible and to celebrate how rocking the music is? That’s why we all do what we do. And as everyone knows, my road family and I live by the battle cry – ‘Who lives like we do? WE DO!’ So, here’s to Monday night, and seeing how live this can be.”

With the tour kick-off still two weeks away, Chesney gets to do what he does best: rock people in a way that saw the Wall Street Journal declare him “King of the Road.” In a single song, with no holds barred, the viewers will get a preview of the guy who will play 21 stadium shows this summer – and see the band that’s so good, he couldn’t wait to show the world!