KENNY CHESNEY BRINGS HERE AND NOW 2022 BEYOND THE STADIUMS 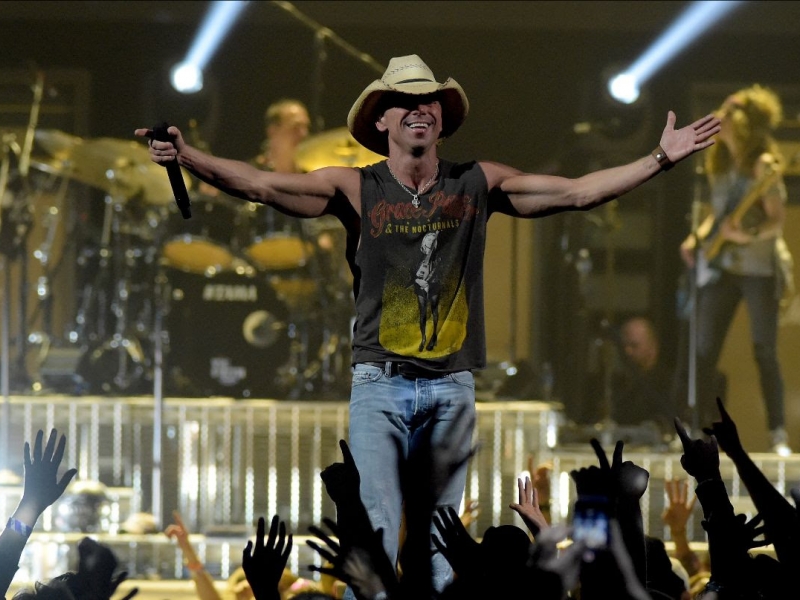 NASHVILLE, Tenn. – While eight-time Entertainer of the Year Kenny Chesney is known for his stadium shows, performing to more than a million fans each summer of touring, leading The Wall Street Journal to deem him “The King of the Road,” the songwriter/superstar from East Tennessee is equally taken with the intimacy and under-the-stars feeling of every summer.

“There is something about amphitheaters that creates an immediacy that is so intimate,” Chesney says. “The energy is very different from a stadium show, and it almost opens the songs up in completely different ways. It’s pretty cool to feel that difference between the two kinds of venues, but I can tell you: both are absolutely the greatest sensations in the world.

“Whether it’s a stadium full of people screaming ‘Noise’ at the top of their lungs, or ‘When The Sun Goes Down,’ or being quieter on ‘You & Tequila,’ or seeing all the lighters and cell phone lights out on the lawn at an amphitheater as people sing that first chorus of ‘Anything But Mine,’ you can sense how much these songs mean to people, and it’s incredible.”

Chesney, the only country artist in the Top 10 of Billboard’s Top 25 Live Artists in 25 Years, has created the soundtrack for coming of age in the flyover for the 21st century. With his high energy shows, enduring songs and a fanbase who often follows him across the country, the Here And Now 2022 Tour promises to make for a memorable year.

“I never thought we’d be away from No Shoes Nation for three years,” he continues. “Now that we finally have the chance to spend the summer together again, I really wanted to provide as many opportunities as possible for everyone to come out and celebrate the music with us; the sense of community and the way we all feel so alive when we’re together celebrating what we love. Whether stadiums or amphitheaters, I can’t wait to see my favorite people in the world.”

Kicking off April 23 in Tampa, Fla. at Raymond James Stadium, Chesney plays 20 newly announced amphitheater dates along with 21 stadium concerts. Concluding the summer-long Here And Now 2022 Tour with what has become a No Shoes Nation tradition, he finishes with an already almost sold-out double-play at Foxborough, Mass.’s Gillette Stadium on August 26 and 27.