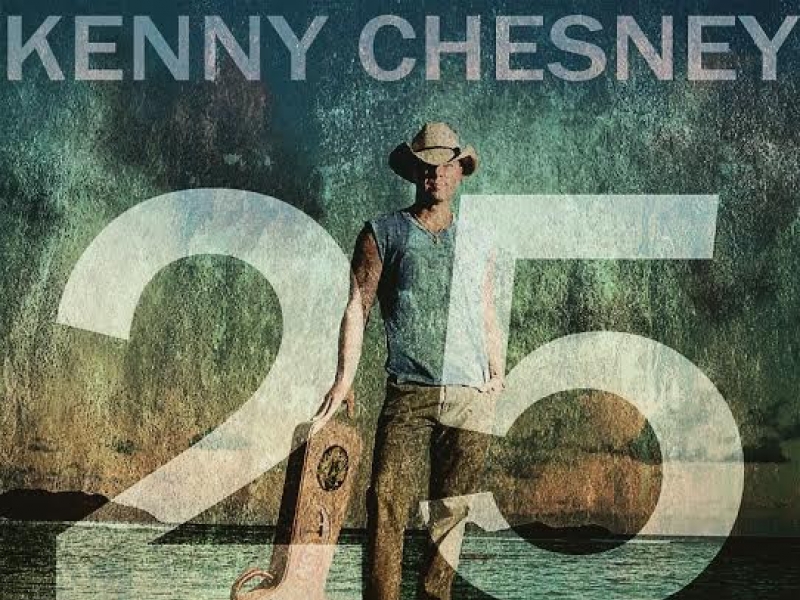 Participating in the Love Hope Strength Foundation’s Get On The List Campaign, concertgoers at the East Tennessean’s stadium shows were able to participate in a mobile drive to register potential bone marrow donors with a simple cheek swab test that, in co-operation with Delete Blood Cancer, gets entered in the national donor bank for potential matches.

“When Kate McMahon with our tour promoter explained it to me,” Chesney said. “It seemed not only so simple, but the kind of thing the No Shoes Nation is all about. Give back to others, help where you can, live to the fullest and make a difference. I can’t believe they’ve found 25 matches, but I couldn’t be prouder for the fans who come out and live these songs with us.”

“It’s really easy,” says Tim Bramlette, the Get on the List campaign’s director of events and artist relations. “We bring the pop-up tent and the Love Health Strength Mini Cooper – and they set us up in the parking lot where all the special stuff is. Our team comes down and we make ourselves available to give people information. They fill out a form, swab their cheek, and are only contacted if they’re 100 percent a perfect match, which doesn’t sound like too much, but the number of people on this planet?”

What takes just a few minutes can make a life-saving difference. If a match is found, contact is made, and then Bramlette explains, “The participant could be across the world, across the country or next door. You never know, and that’s the amazing part. If you are a match, it’s easy. You sit in a chair for a couple of hours. They filter your blood and pull the healthy stem cells out of your plasma, and the recipient has them injected into their blood stream the same way they were extracted- through a drip, right into the blood stream.”

“I learned through the Spread the Love Fund how small things can sometimes make a major difference,” said Chesney. “I know my fans will pitch in, will help people in need. This was something so hard to believe  given how easy and simple it is. I’m thrilled to hear 25 matches have already been found. Maybe we should call them the No Shoes, All Heart Nation.”

With just 23 stadium shows on the Big Revival, the man The Wall Street Journal called, “The King of the Road,” made quite a difference. Beyond the high-energy,  two-and-a-half hour shows, which prompted The Dallas Morning News to proclaim, “Two parts Mick Jagger, one part Bruce Springsteen and one part Billy Graham,” Chesney notched four consecutive No. 1’s from The Big Revival including “Til It’s Gone,” “Wild Child” featuring Grace Potter, the three-week chart-topper, “Save It For A Rainy Day” and the GRAMMY-nominated, multiple-week chart-topper, “American Kids.”

Media Contacts for Kenny Chesney:
Get On The List
Kate Poppert
(702) 379-7013
katie@lovehopestrength.org