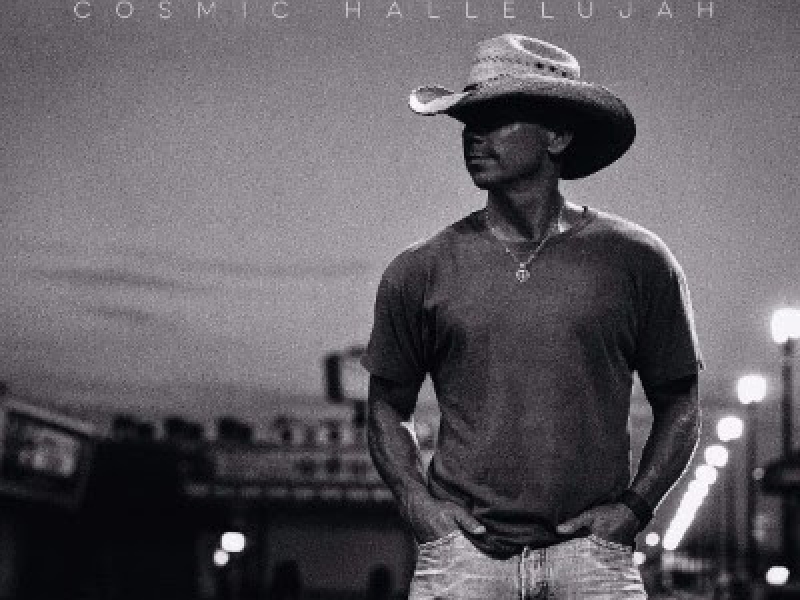 When Kenny Chesney switched the lead single to “Noise” nine days before the launch of Cosmic Hallelujah, people thought he was crazy. But the song – written, recorded and mastered in three days – spoke to the toxic information overload in a way that felt urgent, and the 8-time Entertainer of the Year decided to let the music speak to the 24/7 rush of constant connection. From that moment, everything about the songwriter/superstar from East Tennessee’s 16th album defied conventional wisdom.

Today, Cosmic Hallelujah received Chesney’s first solo Grammy nomination for Best Country Album for at the 2018 Grammy Awards. Upon hearing the news, he marveled, “People thought I was crazy doing what felt right for the music. But sometimes songs need to be released, or given a video even if they’re not a single, or have the people who’re living the song make the video… It’s easy to lose track of the music in the marketing and the promotion, but for Cosmic Hallelujah, I wanted music to drive the decisions. Right now, I feel that was the right thing to do.”

From “Noise” being written, recorded and swapped at the last minute, to the euphoric multiple-week No. 1 “Setting the World On Fire” with P!nk, a provocative, big budget “Paper Chase” video featuring John C. McGinley for “Rich and Miserable,” which never was a single, to a three-week No. 1 final single “All the Pretty Girls,” with a  video made by a pair of Belmont University students, nothing about Cosmic Hallelujah followed traditional orthodoxy. As Chesney says of the decisions, “It was a lot of heart, soul, and passion driven by music.”

The critics agreed. The New York Times recognized the stretch, writing, “a long, long way from Mr. Chesney’s typical arena-country ballads about rural pleasures and island getaways,” and NPR cited the album’s depths of “folk’s storytelling, soul’s honesty and gospel’s spirit,” while Los Angeles Times opined, “the new album offers deeper, more nuanced thoughts on the distractions of the Instagram era (“Noise”), the comforts of home (“Jesus and Elvis”) and even the stagnation of the American dream (“Rich and Miserable”).”

Co-produced with Buddy Cannon (Willie Nelson, Merle Haggard), Cosmic Hallelujah marked a progression from The Big Revival, both groundbreaking records for Chesney. Reflecting the kindred spirits of the No Shoes Nation, who are voracious to live life, Chesney’s fourth Grammy nomination stands as recognition for finding the intersection between connecting through traditional mainstream media/radio and creating music that digs a little deeper.

Entertainment Weekly agreed, “His attempts at digging deeper make the lighter material feel earned, and they elevate his work above much of country’s escapist fare,” while Newsday called it, “country perfection,” and The Boston Globe deemed it “a love song to another person and to the idea of getting away…working from a larger sonic palette, one that incorporates ideas from stadium-rockers with whom he shares dressing rooms and the rollicking Nashville bars that still loom large in country’s imagination.”

“The Grammys represent the entire music community coming together,” Chesney explains. “It’s the best of the best of every kind of music there is, voted on by the creators, the players, the songwriters, producers and engineers. To have this nomination means a lot, because it is about the music – and given how Cosmic Hallelujah got here, I can’t think of a better honor.”