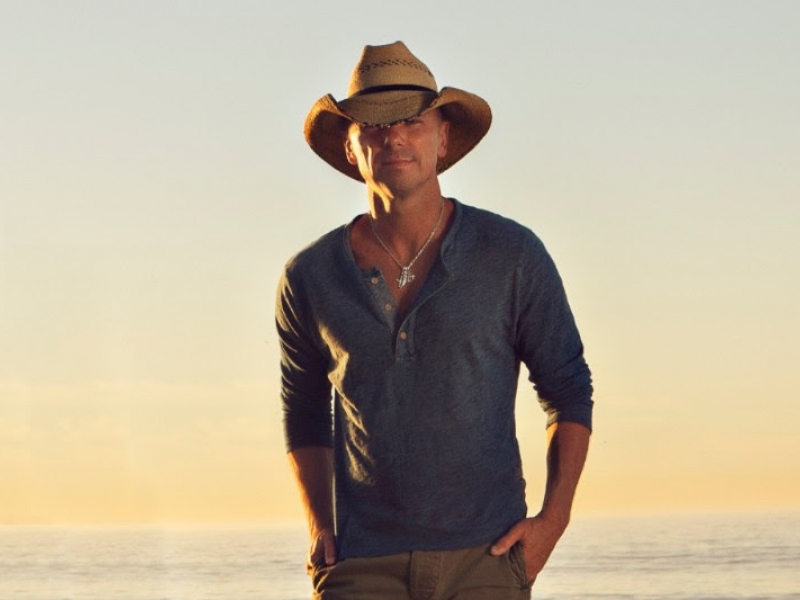 Few artists love writing songs, finding songs and playing songs as much as Kenny Chesney. Over the course of 20 albums, 15 of new music, the kid from East Tennessee has created some of the 21st century’s most enduring classics. With his Trip Around the Sun Tour heading into its final weekends, all of those songs are now certified heavy metal.

With five multi-platinum, ten platinum and five gold titles, every album Chesney has recorded has received a precious metal certification. For the man who just broke Billboard’s record for Most No. 1s on the Country Airplay Chart, it was an achievement he didn’t see coming.

“It always amazes me how deep into the catalogue No Shoes Nation goes,” marvels the 8-time Entertainer of the Year. “People talk to me about songs from Me and You; they talk to me about Hemingway’s Whiskey, Be As You Areand even All I Want for Christmas. But you never sit down and think about the fact they must have all made those albums a part of their life. So to hear every record I’ve made is platinum – or gold – that kind of makes me pause a little.”

Starting with All I Need To Know, released June 13, 1995, Kenny Chesney built a career on making songs about the way people between the coasts actually lived. The reflection of the people who loved the music’s lives saw an unlikely kid move from gold to platinum certification with Me and You (1996) and I Will Stand (1997), then 2x platinum on Everywhere We Go (1999) and 5x platinum on Greatest Hits (2000).

That was just the warm-up. He started the 21st century blazing, as “Young” and the ACM Single of the Year “The Good Stuff” connected with a whole new urgency – No Shoes, No Shirt, No Problems (2002) was certified 4x platinum. When the Sun Goes Down (2004) also went 4x platinum, and his introspective Be As You Are (Songs from an Old Blue Chair) went platinum, followed later in 2005 with the 3x platinum The Road and The Radio.

“We were blessed, and we were lucky,” Chesney explains. “I believed there were a lot of people out there, who were living lives a whole lot like mine. When I started writing and recording songs that reflected that, people heard their own stories – and they really responded. I think people deserve to hear songs that show them their life, and that’s always what I’ve tried to do.”

“You want to make music that connects, that feels honest and that catches people up in the groove, the melody and yes, the words,” says the man whose brand-new Songs for the Saints was the No. 1 selling all-genre album the week it came out. “To me, all the albums I loved gave me windows into a world I wanted, or lifted up the world I was living in. Happy, sad, mad or whatever, I felt those songs – and hearing this news makes me feel like people felt my songs the very same way.”

In the midst of his record-smashing tour with 19 major stadiums, the enduring nature of these songs and albums stands out. Early hits “Don’t Happen Twice” and “How Forever Feels” draw the same roar as “American Kids,” “Somewhere With You” and “Noise.” With all that passion, the heavy metal certification of every single Sony Nashville album makes complete sense.