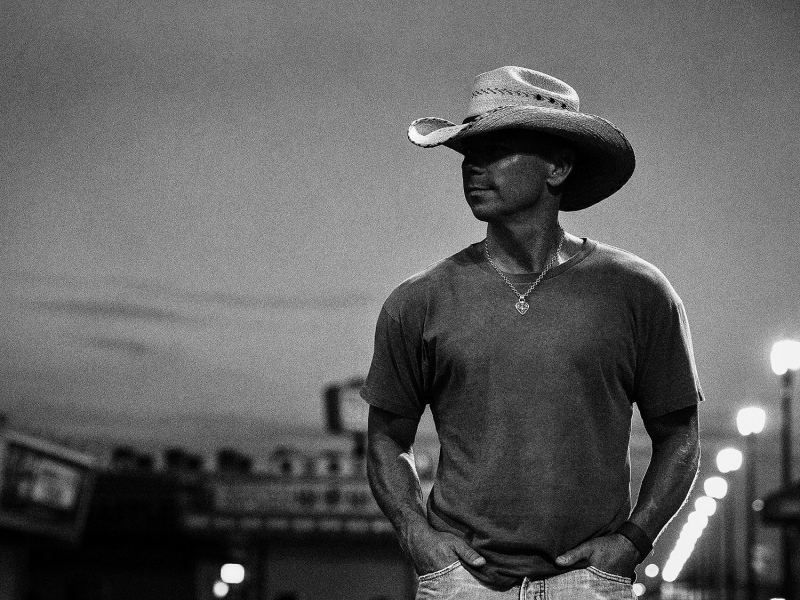 Somewhere in the Sun -- When Kenny Chesney makes a record, he takes all 10 or 12 songs into consideration, not just the handful that will end up on the radio. Over a career that has seen the 8-time Entertainer of the Year spend 76 weeks at No. 1, Chesney has also been an artist whose albums continue selling long after the release cycle.

To that end, the man who just spent two weeks at No. 1 with the GRAMMY, and now Academy of Country Music nominated, “Setting the World on Fire” with P!NK, sees 2014’s The Big Revival, 2013’s Life on a Rock, 2008’s Lucky Old Sun and 2012’s Welcome to the Fishbowl ­all receive RIAA certifications. Revival and Rock for Gold; Sun and Fishbowl for Platinum.

“I may make my albums ‘in a moment',” Chesney explains, “but I try to create music that’s timeless – or beyond time. To me, the best records get deeper the more you listen to them… and I work very hard at writing and finding songs that feel good in the now, but stay with you for the long run.”

Both Lucky Old Sun and Life on a Rock represent the more introspective side of Chesney’s music; the latter inspired by the death of one of his original island friends. Each also contains seminal collaborations for the songwriter from East Tennessee: Sun features the No. 1s “I’m Alive” with Dave Matthews, “Down The Road” with Mac McAnally and “Everybody Wants to Go to Heaven” featuring The Wailers, as well as Willie Nelson on the title track, while Rock sees The Wailers return for “Spread the Love” and a Nelson duet on the whimsical “Coconut Tree.”

The Big Revival contained four consecutive No. 1s including the GRAMMY, CMA and ACM-nominated “American Kids,” the female-empowering “Wild Child” with Grace Potter, “Til It’s Gone” and the three-week chart-topper “Save It for a Rainy Day,” while Fishbowl offered the churning No. 1 “Come Over” and the yearning “El Cerrito Place.”

“People talk about the changing music business,” Chesney says, “and I understand how people consume music shifts. That’s why knowing people are still going out and buying these records, still keeping that piece of my life, and their life, with them... that means the world to me. The albums I’ve gone back to again and again mean so much to me, and the idea these CDs have that impact on the No Shoes Nation is the reason I make records.”

Fans of the man The Los Angeles Times deemed “The People’s Superstar” are wildly loyal. Beyond continuing to buy his albums, they’ve already snapped up well over 100,000 tickets for 2017’s only-stadium shows August 25-26 at Foxborough’s Gillette Stadium, prompting opening more seats. With two spring appearances headlining the Tortuga Music Festival in Fort Lauderdale April 9 and Stagecoach in Indio, Calif. April 30, Chesney is letting his music do the talking – and it’s a conversation that endures.