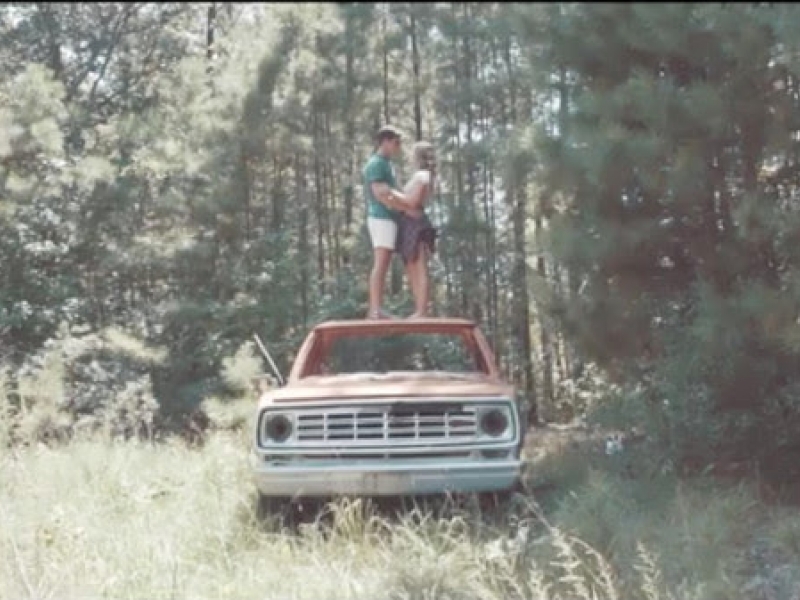 Wednesday, August 9, 2017 - 11:45am
Related Client:
Kenny Chesney
“All The Pretty Girls” Directed by Jessica Martinez with Will Renner
Short Pump, V.A. -  It took a week’s planning and two days of shooting, but Jessica Martinez with her co-director Will Renner conjured a video that reflected the random nature of meeting that special someone during college break for Kenny Chesney’s  “All The Pretty Girls” music video contest. The pair of Belmont University students created a clip that was marked both by innocence and what felt like authenticity of that kind of summer love for the winning entry.

“We thought the first day was only going to be five hours,” says Motion Picture major Martinez, 19, of the shoot. “But when we got started, we found some more creative things to do. We ended up shooting for 10 hours, with an hour for lunch.”

The time spent shows. Tracing a group of girls – actual friends – having a day, but running into some boys andneeding some money, the viewer watches the relationship between the lead girl and one of the boys evolve through house parties, bonfires, car rides, hiking and creek jumping.

“Our vision was to capture the essence of a summer fling – just the feeling of freedom and having fun, not taking things too seriously,” Martinez says. “Because Will is from Virginia, he was able to get people he knows from high school (to be part of it), which made it really fun to shoot.”

Martinez, who heard about the contest on the “Bobby Bones Show,” texted Renner with questions about editing software – and they decided to team up. Both have experience as PAs and low-tier jobs on student films, “but this was the first big project for both of us that was totally ours. It was such an incredible experience to do everything all the way from idea conception to editing.”

“It’s cool seeing this creativity from college kids,” Chesney said after viewing the clip. “They understood how to build a storyline and narrative, and they bring a fresh eye to these moments. (Their clip)’s really sweet, and just what this kind of song needed. I’m as thrilled to be part of Jessica’s college education as I am to have her – and Will’s – creativity be a part of this song.”

“All The Pretty Girls” will be World Premiered on CMT’s “Hot 20 Countdown” this Saturday, August 12. For film student Martinez and music business major Renner, it is the first step on a path that hopefully for her leads to directing films and for him owning his own production company. Chesney, who started playing for tips in college, understands the seeds of big dreams.

“To create something at this level when you’re in college is a huge thing,” Chesney says. “In ‘the real world,’ this is the kind of accomplishment people look at. But I think what’s so great about their ‘All The Pretty Girls’ video is you can also see how they translate their hearts into the work. People will see this, and know what Jessica and Ryan are capable of.”

Chesney’s been in creative mode, too. Live from No Shoes Nation, announced last week, surveys the best performances from a decade of shows across the country. Due October 27, it spans stadiums, amphitheaters, clubs, and surprise guests. As for “All The Pretty Girls,” it’s slamming at country radio and debuts next weekend on CMT.

“I’d say the best part was when we rigged ourselves up to the outside of a car using rope and our rock climbing harness,” Martinez says. “We didn’t daydream about winning, but now that we’ve been told we won, it’s honestly surreal. We just wanted to create something awesome.”