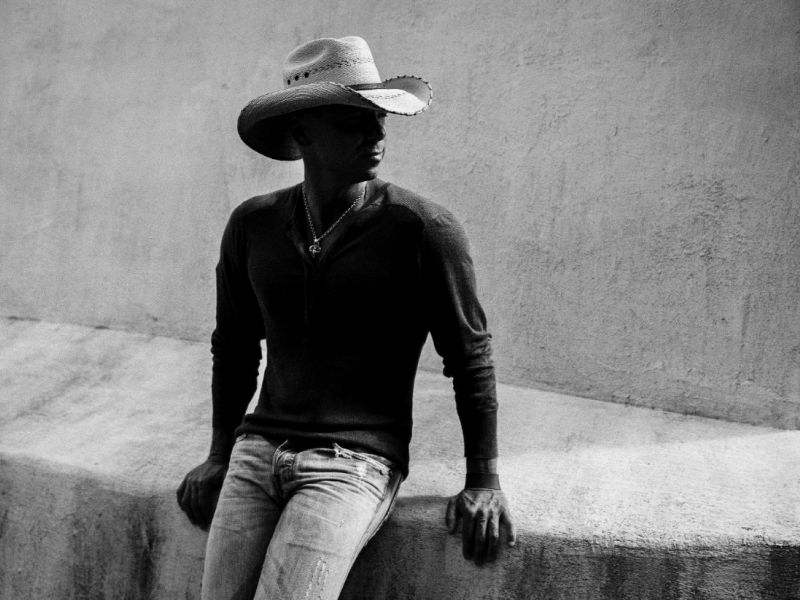 When Kenny Chesney recorded “Get Along,” he knew it sounded unlike anything else on his deeply personal Songs for the Saints. Written and recorded to celebrate the U.S. Virgin Islands in the wake of 2017’s cataclysmic hurricanes, the reflective work was done in the moment, reflecting the inspiration and spirit of the people and life – and the proceeds went directly to the Love for Love City Fund.As they were finishing, “Get Along,” a song of coming together in the things we share in the face of our differences, appeared. The banjo-driven, up-tempo song captured everything the man The Los Angeles Times called “The People’s Superstar” saw as the residents of St. John came together to begin the herculean task of rebuilding. “No matter who or what,” Chesney recalled at the time, “there was only one thing that mattered: getting St. John rebuilt and habitable. Everyone’s only question was, ‘How can I help?’ or ‘What can I do?’ Some even left to not take up the scarce amounts of water and food. What was the best thing for everyone became the only thing anyone considered...” And so, “Get Along” went on Songs for the Saints. And country radio, where the unlikely country-leaning song spent two weeks at #1 on Country Airplay. And then the PassItOn.org folks came calling.Having already run successful television PSA campaigns with “Spread The Love” and “The Good Stuff,” Pass It On recognizes Chesney’s people-positive form of humanism speaks to their core values of kindness, love, patience, forgiveness, cooperation, confidence and loyalty – and reached out with a hunch about the power of a PSA for “Get Along.” Hitting the airwaves just before the holidays, “Get Along” had seen a 500 million Nielsen Media Research monitored views across ABC, CBS, the CW, Fox, NBC, various cable networks and social media platforms by early 2019. It turns out that was only the beginning.The spot, which traces shows people of all ages, races, healthy, sick, working, playing and creating, continued airing, as well as being passed along on other people’s social media platforms. When Nielsen did their second quarter measure, the “Get Along” PSA had passed 2.5 billion views.“People want to come together,” Chesney says. “I saw it in the islands, and I see it in the parking lots. There is so much dissonance in this world, I think when you remind people what we all learned as little kids, they remember and they want to hang on to that being friends, helping each other. If this PSA has had this kind of life, then I know what I believe in my heart is true...” With The New York Times writing Songs for the Saints “gives him heroic, wide-open spaces,” Rolling Stone citing it “maps a cycle of grief and despair transformed into resilience and healing,” the Associated Press stressing it’s “reflective of the grit and hope necessary to keep going” and USA Today noting “a singer/songwriter project driven by vulnerability and determination,” the Buddy Cannon/Kenny Chesney-produced Songs continues offering the world hope through song. To see the PSA, and read some of the responses: www.passiton.com/inspirational-stories-tv-spots/168-get-along “Tip of My Tongue,” Chesney’s first single for Blue Chair/Warner Music Nashville, arrives Friday, July 12.