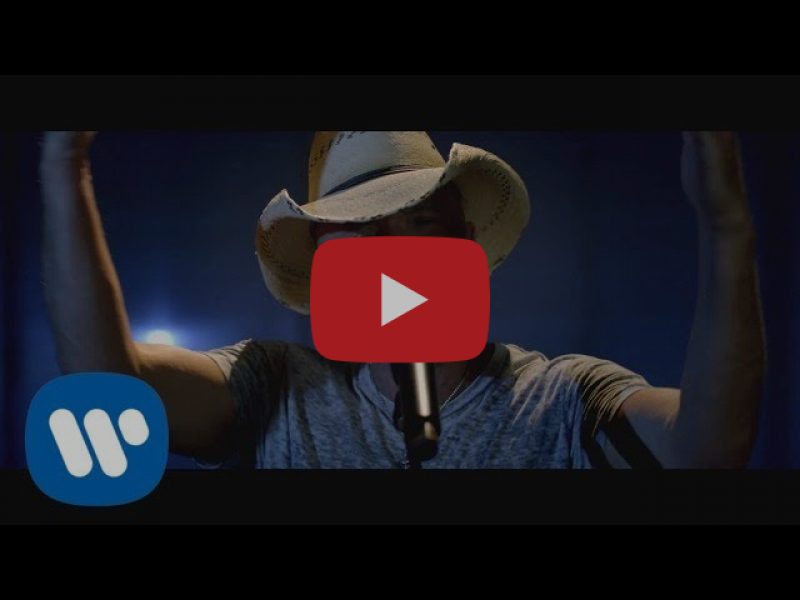 Life-Affirming Song About Being Present Is His 31st Chart-Topper
“Everybody’s Waiting, But They’re Waiting On What...”

Kenny Chesney knew “Here And Now” was special from the moment he heard it. Always the front runner for title track of his ninth No. 1 debut on the all-genre Billboard 200 albums chart, the songwriter from East Tennessee felt the momentum of the track and the message of the lyrics captured a life-forward spirit that defines how he views the world. Consequently, it also became Here And Now’s first single, a song to set the tone for the entire project.

“What you put out first says everything about what your record is,” Chesney explains. “Maybe it’s old school, but I like the idea that we’re setting not just a moment, but a way of approaching life that reflects the spirit of No Shoes Nation. I am always amazed and rocked by how they face life. They really know how to grab the moment and make the most of whatever it might be.”

“Here And Now,” the single, now joins Here And Now, the album, on top of their respective charts. Just as significantly, the single is not only Chesney’s 31st No. 1, but the driving song about not waiting to be present in your life also maintains the man Variety cited as “country music’s only true long-term stadium act” as the artist who has the most No. 1s on Billboard’s chart.

“I don’t think you cut songs to set records,” explains the man whose “American Kids,” “Get Along” and “Everything’s Gonna Be Alright” have been empowering songs that feel good and inspire getting the most out of your moment, “but I can say it feels amazing to know other people feel what you’re trying to put into the world.

“When we recorded ‘Here And Now,’ it was this awesome rush that captured the peak moments, finding them in your day, creating them and not just waiting around for them to happen. It was the perfect song as we were all getting ready for another summer of shows. But now, in some ways, this song is even more in the moment because we all have to remember to find joy.”

Written when Chesney and a bunch of his writer friends got together – to laugh, tell stories, cut up and see what all of it prompted in terms of creativity – “Here And Now” emerged from that sense of how much of what rushes by us is worth hanging onto, savoring and celebrating. Buoyed by Kenny Greenberg’s electric guitar, its chorus cautions, “Everybody’s waiting, but they’re waiting on what/ Better get to living, cause all we got is... Here and now...”
Known for the immediacy in both his live shows and his ability to look at any given moment or memory in song, “Here And Now” distills what’s made him one of country’s most progressive and enduring hitmakers. But, even he admits, laughing, this is a song even the hard-charging entertainer can use. “As the bridge says, ‘A lot of people dreamin’ ‘bout a one day, somedays waitin’ just around the bend/ I used to be one, wonderin’ when they’d come, but now I’m living in the here and now...’ It’s a pretty good reminder no matter what’s going on.”