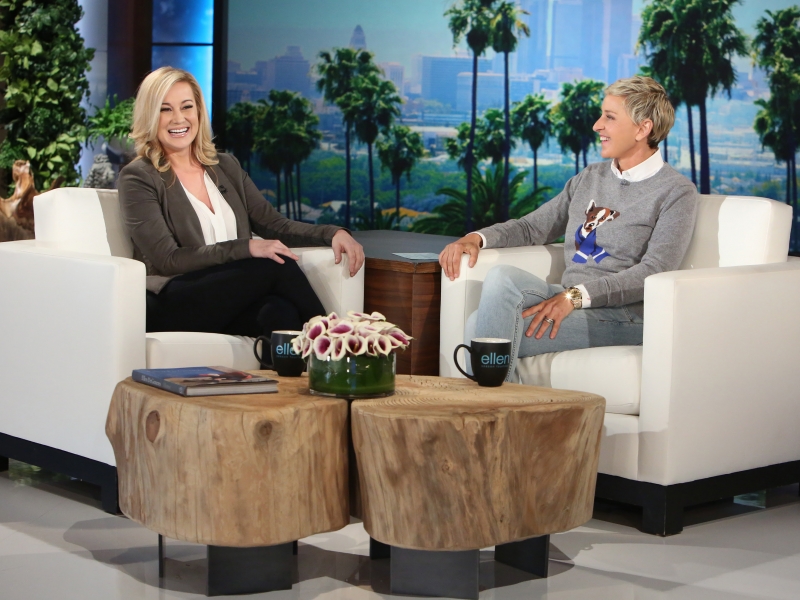 Thursday’s episode finds Kellie and Kyle fulfilling Kellie’s childhood dream of being an exchange student as they travel across the world to Tokyo, Japan to live with the Asada family in the heart of the city. They explore the town and learn all about Japanese culture, customs and practices. From hedgehog cafes, to navigating the subway, tasting the authentic cuisine and attempting to speak Japanese - Kellie and Kyle have the adventure of a lifetime.

“This show is about laughter and love,” shares Kellie. “It’s all positive and all about our family and friends and our crazy adventures. We just want to be a bright light and make people laugh and feel good.”

I Love Kellie Pickler, produced by Ryan Seacrest Productions, 51 Minds Entertainment, Kellie Pickler and Kyle Jacobs, is currently in its second season and the docu-comedy follows the country music star and personality as she navigates her madcap relationships with friends, family and the unpredictability of couple-hood alongside husband, Kyle Jacobs, her complete opposite. The 2015 series debut marked CMT’s highest rated premiere among women ages 18 to 49 since 2008.

Kellie grew up immersed in country music in the small town of Albemarle, N.C. with the words of Tammy Wynette, Patsy Cline, Loretta Lynn and Dolly Parton shaping her musical footing. At the age of 19, she first gained fame as a contestant on the fifth season of “American Idol.” She has gone on to release four critically acclaimed albums, including her Gold-certified debut Small Town Girl as well as 100 Proof, which Rolling Stone named the Best Country Album of 2011. Among her best known hits are the Platinum-certified “Best Days of Your Life,” and Gold Certified “Red High Heels,” as well as “I Wonder,” “Don’t You Know You’re Beautiful,” “Things That Never Cross a Man’s Mind,” “Didn’t You Know How Much I Loved You” and “No Cure for Crazy.”

In spring of 2013, Kellie partnered with dance coach Derek Hough and won the Mirror Ball Trophy on Dancing with the Stars. That same year, she also released her fourth album, The Woman I Am, with Black River Entertainment, which featured three songs co-written by Kellie including the title cut. She voiced the lead character, a sweet potato named Mirabelle, in the Veggie Tales animated movie "Beauty and the Beet" in 2014, and launched her home goods line, Selma Drye by Kellie Pickler, in cooperation with the Opry Stores (shop.opry.com) in 2015.

Her CMT series I Love Kellie Pickler, which co-stars her husband, songwriter/producer Kyle Jacobs, debuted in November 2015, propelling the network to its highest premiere with adults since 2012 and women since 2008.

Kellie is an avid supporter of the U.S. military, having completed nine USO Tours thus far. Kellie will also receive the Bob Hope Spirit of Hope Award in Washington, D.C. in honor of her continued work with our servicemen and women. For more information, please visitwww.kelliepickler.com.