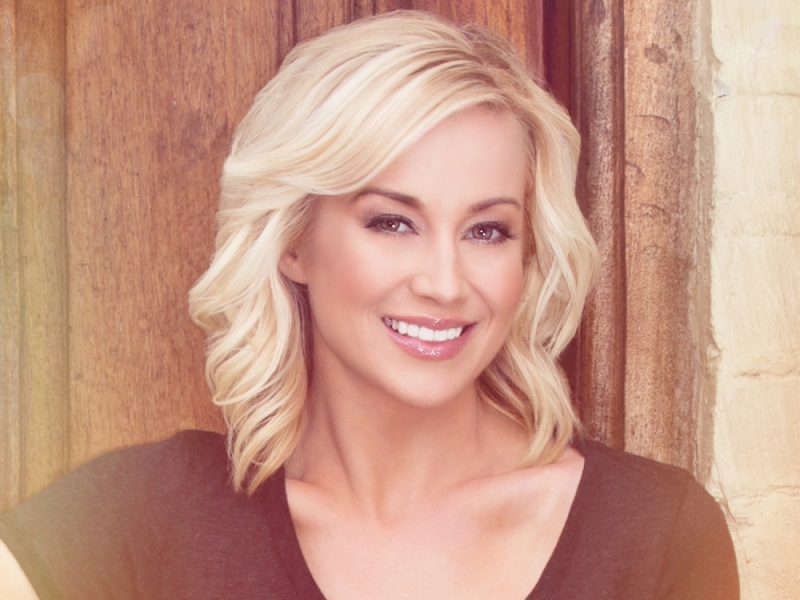 
NASHVILLE, TENN.  – (June 2, 2015) -- Black River Entertainment recording artist Kellie Pickler debuted her new single “Feeling Tonight” on SiriusXM “The Highway” this morning. The song, written by Sarah Buxton, Josh Osborne, and Jimmy Robbins, can currently be heard exclusively on SiriusXM. Produced by Kyle Jacobs and Matt McClure, this is the first new music from Pickler since she released her The Woman I Am album in 2013.   The song is also available for download from iTunes at http://smarturl.it/FeelingTonight.

"I'm really excited about this song, and I'm looking forward to performing it on tour this summer," said Pickler.

CMA Music Festival attendees in Nashville will hear “Feeling Tonight” live when Pickler performs on the free Chevrolet Riverfront Stage on Friday, June 12 from 12:45 PM – 1:15 PM.  But that’s only the beginning of her CMA Music Festival activities. On Saturday, June 13, she will participate in Q&A and give an acoustic performance on the CMA Close Up Stage in the AT&T U-Verse Fan Fair X located in Music City Center from 11:30 AM  - 12:30 PM before moving to the Opry Store booth to sign autographs from 12:30 – 1:30 PM. The Opry Store booth will also showcase products from the “Selma Drye by Kellie Pickler” line of home goods. Later Saturday night, she will perform the National Anthem to kick off the Nightly Concerts at LP Field.

Immediately following the anthem, Pickler will be presented with the 2015 Operation Troop Aid Chris Kyle Patriot Award for the acknowledgement for her unwavering and impassioned support and contributions to the United States Armed Forces and their families.  The singer/songwriter has been a strong supporter of America’s military men and women and their families, and has performed on eight USO Tours thus far. This award will be presented by Operation Troop Aid founder Mark Woods and Kyle’s parents, Wayne and Deby Kyle. Pickler is the first recipient of this Award since it was renamed in honor of the late American Sniper and U.S. Navy SEAL.

Kellie Pickler grew up immersed in country music in the small town of Albemarle, North Carolina with the words of Tammy Wynette, Patsy Cline, Loretta Lynn, and Dolly Parton shaping her musical footing. At the age of 19, she gained fame as a contestant on the fifth season of “American Idol.”  In 2006, she signed with 19 Recordings/BNA Records and released her debut album, Small Town Girl, which has gone on to sell more than 900,000 copies worldwide and produce three hit singles: “Red High Heels,” “I Wonder,” and “Things That Never Cross a Man’s Mind.” She followed that in 2008 with her self-titled sophomore record, featuring country radio hits “Don’t You Know You’re Beautiful,” “Best Days of Your Life” (co-written with Taylor Swift and her first Top 10), and “Didn’t You Know How Much I Loved You.”  Having established herself as not only a powerful vocalist but also a songwriter, Pickler released her third studio album, 100 Proof, in 2011 to huge critical acclaim. The album was named the No. 1 Country Album of The Year by Rolling Stone and was listed on “Best of 2012” lists by Washington Post, Rhapsody, AOL’s The Boot and more. In spring of 2013, Pickler partnered with dance coach Derek Hough and won the Mirror Ball Trophy on “Dancing with the Stars.” In 2013, Pickler released her fourth album, The Woman I Am, on her new label home, Black River Entertainment. She co-wrote three songs on the critically acclaimed album, including the title cut. Currently working on new music with producers Kyle Jacobs and Matt McClure, Pickler released her new single “Feeling Tonight” on June 2, 2015. She recently launched her home goods line “Selma Drye by Kellie Pickler” in cooperation with the Opry Stores (shop.opry.com). In addition, she will star in the upcoming CMT reality show “I Love Kellie Pickler” due to air later this year. Pickler is also an avid supporter of the U.S. military, having recently completed her eighth USO Tour in December 2014. For more information, please visit www.kelliepickler.com.