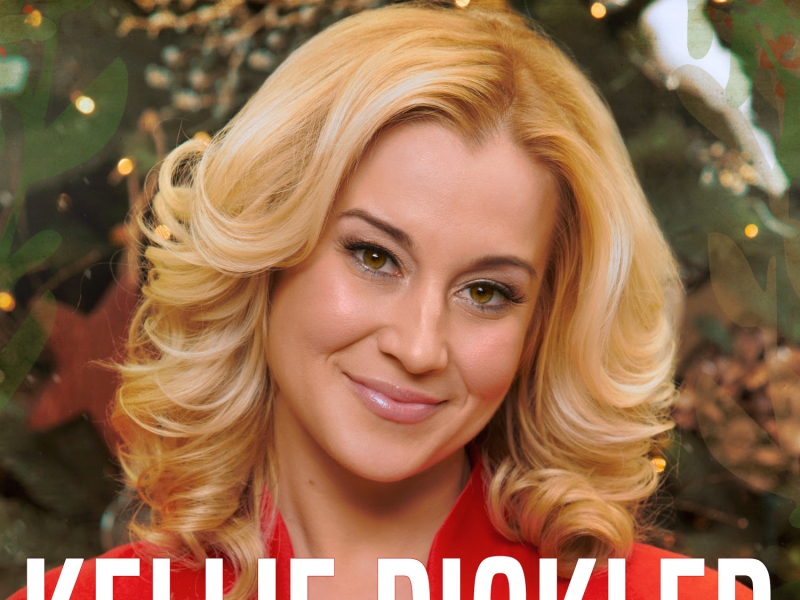 NASHVILLE, Tenn. – (Nov. 17, 2015) – Country music singer and television personality Kellie Pickler, has released a new holiday single, “My Christmas Caroline,” available for purchase atiTunes, Amazon, and wherever digital music is sold. The Black River Entertainment recording artist wrote the song with her husband, songwriter/producer Kyle Jacobs, as a look back at the Christmas holidays she spent with her grandmother while growing up in North Carolina. The song will also be performed on theDec. 17th episode of her hit docu-comedy “I Love Kellie Pickler.” The television series airs on CMT every Thursday night at 10:00 PM (ET) / 9:00 PM (CT).

Pickler and Jacobs will make their debut appearance on “The Steve Harvey Show” this Thursday, Nov. 19, where they talk about “I Love Kellie Pickler” and much more. Check local listings for channel and airtime in each market.

The couple also made their debut yesterday on “Larry King Now” on Ora.TV.  You can watch the complete interview here.

The dynamic entertainer will perform at the Grand Ole Opry in the historic Ryman Auditorium on both shows on Tuesday, Dec. 1. In-between the two Opry shows, she will also sign autographs and perform a two-song acoustic set in the Ryman’s new Café Lulu as part of the “Selma Drye by Kellie Pickler Christmas Event” showcasing the new holiday items in her line of home goods. “Selma Drye by Kellie Pickler,” which debuted earlier this year, is the Opry’s first artist-curated collection and can be found exclusively in the Opry Stores and online at www.shop.opry.com.


About Kellie Pickler:
Kellie Pickler gained fame and won television viewers hearts as a contestant on the fifth season of “American Idol” at the age of 19. In 2006, she released her debut album, which sold more than 900,000 copies and produced 3 hit singles. She released her follow up album in 2008 and in 2011 released 100 Proof to critical acclaim, including being named “Country Album of the Year” by Rolling Stone. Her most recent album is The Woman I Am. In 2013, she starred on “Dancing With The Stars” and took home the Mirror Ball Trophy with dance partner Derek Hough. A year later, she voiced the lead character in the animated Veggie Tales movie “Beauty and the Beet.” She is an avid supporter of the US Military men, women and families and has completed nine USO Tours. Earlier this year, she launched “Selma Drye by Kellie Pickler,” her home goods line in cooperation with the Opry Stores. Kellie and her husband Kyle Jacobs currently star in the hit TV docu-comedy “I Love Kellie Pickler” on CMT. For tour schedules and more information, visit www.KelliePickler.com. Follow her on social media at Facebook, Twitter and Instagram.