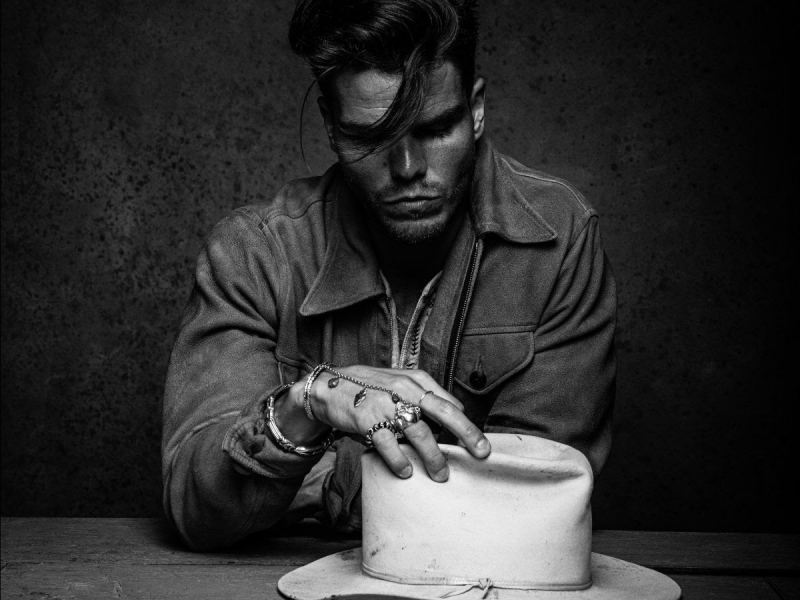 Julius Son has been in the studio off-and-on for two years, allowing for a combination of globe-trotting and meticulous tinkering, resulting in a spectrum of sounds recorded around the world – in North America, South America and across Europe. The final product is refreshingly free of calculation, with Julius Son allowing each tune to dictate its path while simultaneously leaning-in to his blues, folk and rock inclinations.

“It’s been a puzzle for me,” Julius Son shared with House of Solo. “I started working on [Surface Sounds] while still touring around the world, and then in the last year or so I have mostly split my time in studios in Nashville, L.A. and NYC. It has been very interesting as the songs are very different from each other and I have been able to work with a lot of great people.”

In addition to “Backbone,” the GRAMMY-nominated band released two singles in January, “I Want More,” praised by Texas Monthly as a “tender-yet-tough anthem,” and currently Top 10 and climbing the Triple A chart, and “Break My Baby,” described by Loudwire as “hooky and groovy, showcasing the range of [Julius Son’s] vocal and a gritty, bluesy approach.” With the announcement of Surface Sounds, the follow-up to 2016’s globally successful A/B, KALEO released a third track “Alter Ego,” which Julius Son calls “probably the most classic rock and roll song” on the album.

Earlier this year, Julius Son filmed a special performance of his single “I Want More” with a string ensemble, which aired on the acclaimed French television show “TARATATA” this month. Watch it HERE.After amassing over 1 Billion global streams, 39 international certifications, and countless sold-out headline shows spanning from London to Moscow, KALEO wrapped a nearly non-stop 3-year touring schedule in support of their breakout Gold-certified album A/B in October 2018.

About KALEO
Since the release of their gold-certified breakthrough album, 2016’s A/B, Icelandic rock band KALEO—led by frontman/songwriter JJ Julius Son—has taken their music around the world. The album spawned three hit singles – the GRAMMY-nominated “No Good,” the gold-selling “All The Pretty Girls” and the chart-topping, 2x Platinum-certified “Way Down We Go” which was used in over two dozen television shows from Grey’s Anatomy to Riverdale, leading the No. 1 single to top The Hollywood Reporter’s Top TV Songs chart. After amassing over 1 Billion global streams, 39 international certifications, and countless sold-out headline shows spanning from London to Moscow, KALEO has proven to be a worldwide phenomenon. Known for their electrifying live performances, KALEO completely sold out their first U.S. headline tour and was a standout at Coachella, Lollapalooza and Bonnaroo and recently were hand-picked to open stadium dates for the Rolling Stones. Since KALEO wrapped a nearly non-stop 3-year touring schedule in support of A/B in October 2018, Julius Son has been in the studio working on the highly anticipated follow-up, Surface Sounds, due out summer 2020 on Elektra/Atlantic. “I Want More,” “Break My Baby,” “Alter Ego” and “Backbone” are out now. Online at www.officialKALEO.com, @officialKALEO and on YouTube @KALEOofficial.