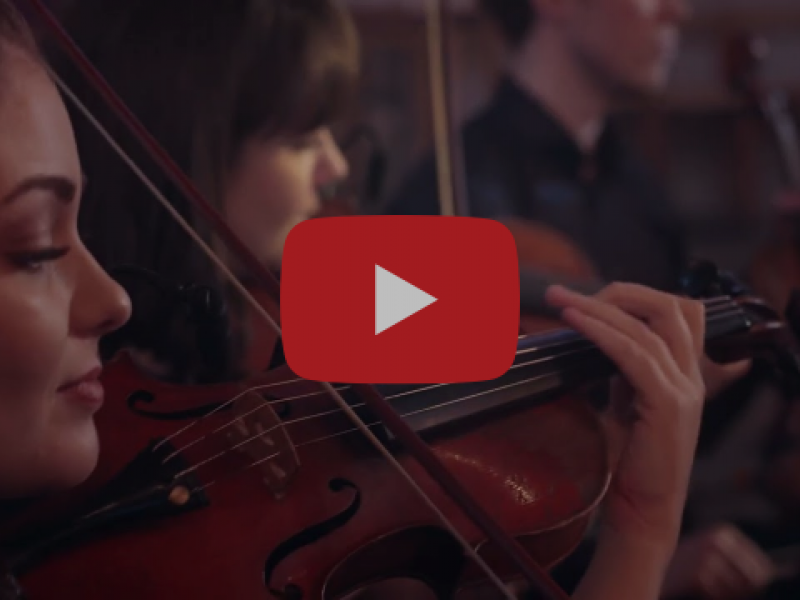 Fight Or Flight Tour Continues Tomorrow in Chicago at Aragon Ballroom;
Tickets for the Full Tour Available at OfficialKALEO.com

NASHVILLE, Tenn. – As the latest in a series of striking videos filmed in their native Iceland, GRAMMY-nominated Elektra/Atlantic rock band KALEO debut an acoustic live performance video of Surface Sounds lead single “I Want More,” accompanied by a string ensemble at Skálholt Cathedral, known as one of the most historically significant sites in the country. Listen to “I Want More (Live at Skálholt)” HERE and watch the performance video HERE.

Joined by a nine-piece string ensemble, including violin, viola and cello, KALEO front man and songwriter JJ Julius Son is seen in front of the pulpit with just an acoustic guitar. He begins playing the intro to the Triple A Top 6 single as the camera pans down the center aisle, showcasing the stained-glass windows and stunning architecture of Skálholt Cathedral, built from Norwegian timber during the 12th century, marking a longstanding cultural epicenter of Iceland.

The strings begin to swell as Julius Son sings:

If you leap, I’ll come
Falling too
Running deep ‘til that
River’s through

I don’t mind what you have to do
I won’t think less, less of you
I want more

During their time off the road, the band filmed a series of live performance videos showcasing the spectacular landscapes of Iceland, performing from an ice cave in “Backbone (Live at Breiðarmerkurjökull),” the country’s recent volcanic eruption in “Skinny (Live from Fagradalsfjall Volcanic Eruption),” and Triple A Top 6 single “Break My Baby (Live from ÞRÍDRANGAR),” recorded and filmed at the illustrious ÞRÍDRANGAR lighthouse, one of the most isolated places on earth, located atop a remote rock formation in the North Atlantic Ocean.

KALEO has performed in over 30 cities since kicking off the Fight Or Flight Tour in February (with the majority to sold-out audiences), and recently announced additional shows in North America this summer. KALEO’s new run of dates will follow the first European leg set for June and early July. Tickets and information for the new dates are available at OfficialKALEO.com.

In addition to the newly announced dates, the band also announced an exclusive livestream from their sold-out show at the iconic Red Rocks Amphitheatre in Morrison, Colo. on May 16, via premium concert streaming platform Veeps. The livestream will also feature supporting acts The Glorious Sons and Bones Owens, with video-on-demand streaming available for KALEO’s set for 72 hours after the live broadcast. Tickets for the Fight Or Flight Spring Tour – Live from Red Rocks livestream are $17.99 and on sale now.

The Fight Or Flight Tour continues tomorrow evening, April 30 in Chicago, Ill. at Aragon Ballroom. The full tour itinerary is available below.

About KALEO
Since the release of their RIAA Gold-certified breakthrough album, 2016’s A/B, Icelandic rock band KALEO—led by front man/songwriter JJ Julius Son—has taken their music around the world. The album spawned three hit singles – the GRAMMY-nominated “No Good,” the Gold-selling “All The Pretty Girls” and the chart-topping, two-time Platinum-certified “Way Down We Go” which was used in over two dozen television shows from “Grey’s Anatomy” to “Riverdale,” leading the No. 1 single to top The Hollywood Reporter’s Top TV Songs chart. After amassing over 1 Billion global streams, 39 international certifications, and countless sold-out headline shows spanning from London to Moscow, KALEO has proven to be a worldwide phenomenon. Known for their electrifying live performances, KALEO completely sold out their first U.S. headline tour and was a standout at Coachella, Lollapalooza and Bonnaroo and were hand-picked to open stadium dates for the Rolling Stones. Since KALEO wrapped a nearly non-stop 3-year touring schedule in support of A/B in October 2018, Julius Son went into the studio to work on the highly anticipated follow-up, Surface Sounds on Elektra/Atlantic, available everywhere now. KALEO’s Fight or Flight Tour 2022 launches Feb. 22 in Seattle, Wash., featuring 60+ dates across North America, including a stop at the iconic Red Rocks Amphitheatre in Morrison, Colo. on May 16, where the show will be available via livestream on Veeps. For more information, visit OfficialKALEO.com or follow on Instagram and Twitter @OfficialKALEO,  Facebook.com/OfficialKALEO and YouTube.com/KALEOofficial.