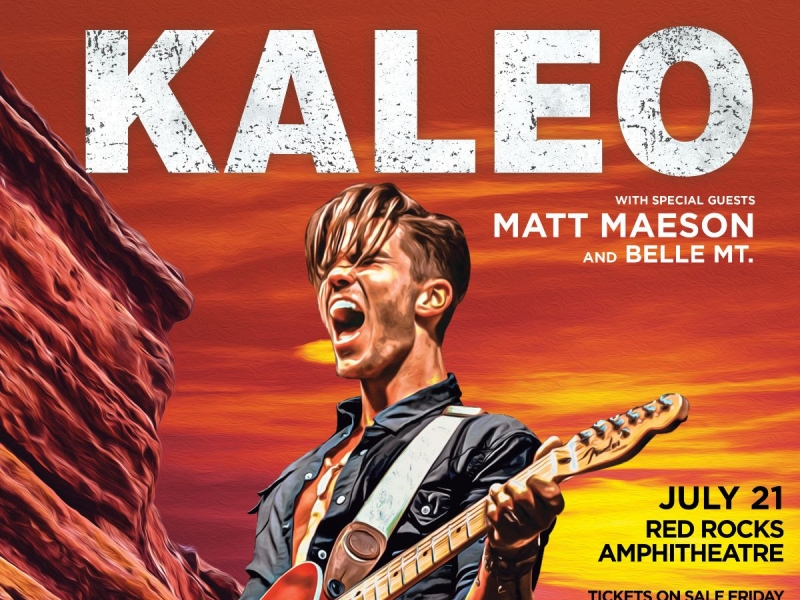 MORRISON, Colorado — On the heels of two recently released tracks, GRAMMY-nominated Elektra/Atlantic recording artists KALEO announce their return to the iconic Red Rocks Amphitheatre on July 21, the Icelandic rock band’s second headlining show at the highly-revered venue, following the band’s Red Rocks headlining debut in June of 2018 to a crowd of over 7,000. Tickets will go on sale Feb. 7 at 10 a.m. local time, and each ticket order placed online to this show comes with one physical or digital copy of the upcoming KALEO album.

“We’ve been fortunate to perform around the world since the release of A/B, and Red Rocks is always a highlight,” offers JJ Julius Son, KALEO’s front man. “It is a special thing knowing Red Rocks will be one of our first shows around the new record.”

The Red Rocks announcement comes after KALEO quietly planned a short series of dates in small, intimate settings for an opportunity to reconnect with fans, selling out three shows in a matter of minutes at Brighton Music Hall in Allston, Mass. and two back-to-back nights at Gramercy Theatre in New York. The band will also perform at the Radio 104.5 Birthday Show in Camden, N.J., leaving fans hopeful for additional future dates.

With 2016’s debut album A/B garnering global success, KALEO is expected to drop the follow-up sometime this year after releasing two new tracks written solely by KALEO’s lead singer and songwriter Julius Son: “I Want More,” which Texas Monthly calls “a tender-yet-tough anthem” that “goes down nice and easy,” and “Break My Baby,” that Loudwire describes as “hooky and groovy, showcasing the range of [Julius Son’s] vocal and a gritty, bluesy approach.”

Julius Son has been in the studio allowing a combination of globe-trotting and meticulous tinkering to influence the highly-anticipated follow-up, resulting in spectrum of sounds recorded around the world – in North America, South America and across Europe. Refreshingly free of calculation, with Julius Son allowing each tune to dictate its path while simultaneously leaning-in to his blues, folk and rock inclinations.