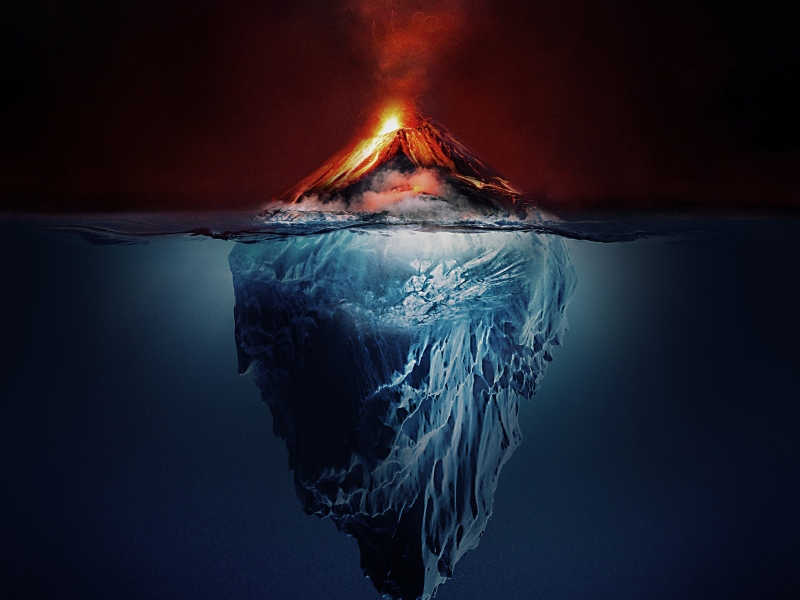 Frontman and songwriter JJ Julius Son has been in the studio off-and-on for two years, allowing for a combination of globe-trotting and meticulous tinkering, resulting in a spectrum of sounds recorded around the world – in North America, South America and across Europe. The final product is refreshingly free of calculation, with Julius Son allowing each tune to dictate its path while simultaneously leaning-in to his blues, folk and rock inclinations.

“First off, I wanted to acknowledge the uncertainty and anxiety that everyone is facing today. We considered postponing this announcement, but that also didn’t seem right as we all strive for any shred of normalcy,” Julius Son explains from his home in Iceland. “Times like this remind us of what matters most. Instinctively as human beings we shift our focus from the superficial to collectively supporting our neighbors. That sentiment is actually echoed in Surface Sounds. My hope now is that the album can serve as a reminder that what is on the surface is not nearly as important as what is inside, and it's our duty to lift one another up in times of need.

“In many ways, Surface Sounds has always been such a puzzle for me,” continues Julius Son of the collection of tracks recorded while on the road. “I've literally jumped into studios in Greece, South America, and all over Europe, creating what is now Surface Sounds. Any time I went home to Iceland, every time I was in L.A., I enjoy seeing what we can create in the moment and in each environment.”

In addition to the release of “Alter Ego,” which Julius Son calls “probably the most classic rock and roll song” on the album, the Icelandic rock band released two new tracks earlier this year showcasing the contrast in sounds and imagery expected on Surface Sounds. Praised by Texas Monthly as a “tender-yet-tough anthem,” “I Want More” is contrasted with “Break My Baby,” which allows a look into the darker side of KALEO and is described by Loudwire as “hooky and groovy, showcasing the range of [Julius Son’s] vocal and a gritty, bluesy approach.”

KALEO recently performed “I Want More” on “The Late Show with Stephen Colbert” on Feb. 27. Watch it HERE.

KALEO sets out on their 40+ city North American leg of their Fight or Flight Tour in Portland, Oregon on July 1, with special guests Matt Maeson, Belle Mt. and Wilder Woods joining on select dates. Fans who purchase two (2) or more tickets online at OfficialKALEO.com for select KALEO Fight or Flight Tour stops includes one (1) physical or digital copy of Surface Sounds.^

^U.S. and Canadian fans will receive a separate email after ticket purchase with instructions on how to redeem the album. Offer not valid on single-ticket orders or re-sale tickets. One CD/digital copy per online order.

About KALEO
Since the release of their gold-certified breakthrough album, 2016’s A/B, Icelandic rock band KALEO—led by frontman/songwriter JJ Julius Son—has taken their music around the world. The album spawned three hit singles – the GRAMMY-nominated “No Good,” the gold-selling “All The Pretty Girls” and the chart-topping, 2x Platinum-certified “Way Down We Go” which was used in over two dozen television shows from Grey’s Anatomy to Riverdale, leading the No. 1 single to top The Hollywood Reporter’s Top TV Songs chart. After amassing over 1 Billion global streams, 39 international certifications, and countless sold-out headline shows spanning from London to Moscow, KALEO has proven to be a worldwide phenomenon. Known for their electrifying live performances, KALEO completely sold out their first U.S. headline tour and was a standout at Coachella, Lollapalooza and Bonnaroo and recently were hand-picked to open stadium dates for the Rolling Stones. Since KALEO wrapped a nearly non-stop 3-year touring schedule in support of A/B in October 2018, Julius Son has been in the studio working on the highly anticipated follow-up, Surface Sounds, due out June 5, 2020 on Elektra. Lead singles “I Want More,” “Break My Baby” and “Alter Ego” are out now. KALEO will set out on the North American leg of their Fight or Flight Tour on July 1 in Portland, Oregon with over 40 cities including stops at iconic Red Rocks Amphitheatre and the Greek Theatre in Los Angeles.