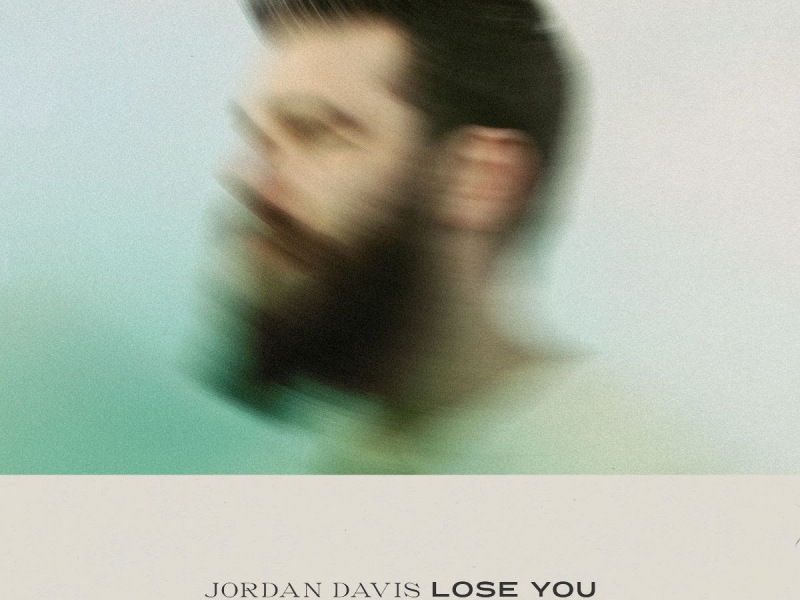 With the release of his self-titled EP in May, multi-Platinum-selling, singer/songwriter Jordan Davis delivered the catchy hooks that have become his signature like Top 30 and climbing single “Almost Maybes,” but he also went deeper with personal tracks such as the critically acclaimed “Detours” and spiritual “Church In A Chevy.” For the man who American Songwriter says "rips pages from the book of John Prine," it was his passion for songwriting that drove the project. Drawing inspiration in the writer’s room from his own life, the six-song EP offered his most personal work to-date. Today he continues that creative trajectory with the release of “Lose You.” Listen to the reflective new song HERE.

“When I sat down with the guys in the writer’s room that day, we were all just talking about our wives and we realized, ‘hey we are all married to amazing women so let’s not mess this up,’” Davis laughs. “That was really the genesis for this song…that we never want to lose the love we have, and we’d do anything to hold on to it.”

Davis initially teased the new song on social media last month and it was instantly embraced by fans with questions of when the track would be available.

Davis continues, “In a normal year we’d have our live show to try out new music and see what connects with the audience. Since we can’t do that, it has been fun to share on social media and see the response. Fans were loving this one, so we thought why wait to release it?”

People break up, fall in and outta love / But giving this up is something I just won’t do / And I don’t wanna give you a reason to leave me / Watch you drive off in the night / I never wanna feel that freedom that people say they find

Davis’s current single “Almost Maybes,” which Billboard called “a sure contender for song of the summer,” and penned alongside songwriting heavy weights Jesse Frasure and 2020 ACM Songwriter of the Year Hillary Lindsey, is currently Top 30 and climbing the country charts. In addition to “Almost Maybes” his recent EP features critically acclaimed “Detours,” collaboration with pop superstar Julia Michaels, “Cool Anymore,” as well as 3 previously unreleased tracks.  Listen to the EP HERE.

While touring is paused, Davis has not only been writing and recording new music like “Lose You,” but he has been connecting with fans and fellow artists via social media hosting his recurring virtual “Happy Hour Hang” on Instagram Live. He also recently surprised two North Carolina fans, a bride and groom, by performing via Zoom his no. 1 hit “Slow Dance in a Parking Lot” live for the couple’s first dance, at their parking lot wedding. Check out the sweet moment via GoodMorningAmerica.com.

About Jordan Davis
MCA Nashville’s Jordan Davis has been named an “Artist to Watch” by Billboard, Rolling Stone, CMT, Pandora, Shazam, Amazon Music, Sounds Like Nashville, The Tennessean, SiriusXM, Whiskey Riff and more. A Native of Shreveport, Louisiana, Davis graduated from LSU and briefly pursued the path of his degree working as an environmental consultant; however, his passion for music and songwriting eventually compelled him to move to Nashville in the summer of 2012. The 2020 ACM New Male Artist of the Year nominee’s debut album Home State has accumulated over 1 billion streams worldwide and features his three consecutive No. 1 hits “Slow Dance In A Parking Lot,” the Double Platinum-Certified “Singles You Up” and Platinum-Certified “Take It From Me.” In 2019 Davis won Best New Country Artist at the iHeart Radio Music Awards and was a nominee for ACM New Male Artist of the Year. He was also named Billboard’s Top New Country Artist of 2018 as well as Country Aircheck/Mediabase’s Most Heard New Artist of 2018. In May the hitmaker released a six-song, self-titled EP featuring current single “Almost Maybes” as well as the critically acclaimed “Detours” and a recent collaboration with pop superstar Julia Michaels, “Cool Anymore.” The singer/songwriter has previously toured with the likes of Rascal Flatts, Jake Owen, Kip Moore, Brett Young and Old Dominion and earlier this year headlined his sold-out Trouble Town Tour hitting over 20 cities. For additional information, visit www.jordandavisofficial.com.