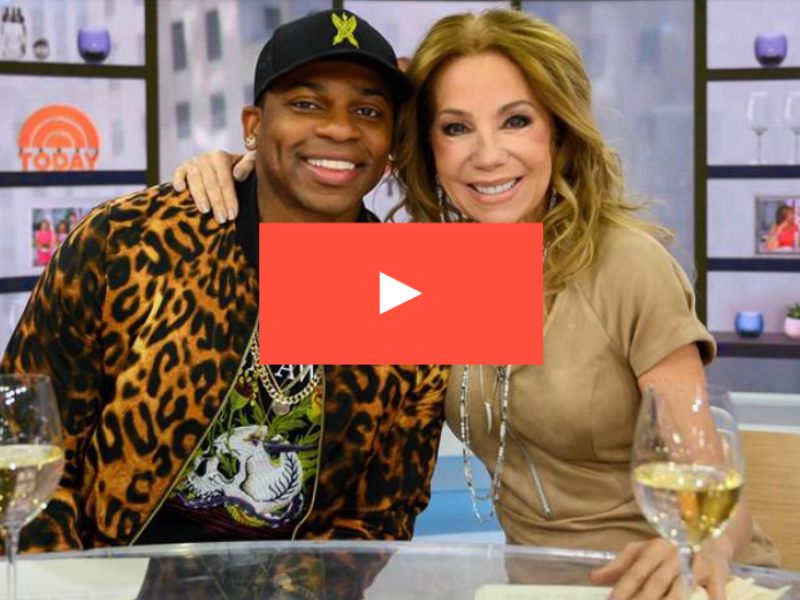 Country star and 2019 ACM Award nominee Jimmie Allen returned to co-host the fourth hour of NBC’s "TODAY with Kathie Lee and Hoda" for a second time yesterday, March 27. Filling in for an on assignment Hoda Kotb, the appearance marks Allen's 6th visit to the show in less than 6 months and makes him the last guest co-host for Kathie Lee Gifford who is leaving the show after 11 years next week.

During the packed hour, Gifford surprised Allen with two plaques recognizing Gold Certification for his No. 1 single, “Best Shot,” in both the US and Canada. The duo also got a lesson in manners from Thomas Farley, checked out spring hair trends from celebrity hair stylist Chris Appleton and got in the kitchen with Craig Susser, owner of Craig’s in LA, to make scallops over cauliflower “risotto" primavera.

Allen made history with his breakout three-week No. 1 debut single, “Best Shot,” described by Rolling Stone as “a soulful, acoustic love song” and celebrated by the New York Times for both its “choked-up weeping-guitar pattern”and as proof that “he is most effective as a romanticist.”His follow up single, “Make Me Want To,” is the second from Allen’s debut album Mercury Lane, which Rolling Stone praises as “a sturdy, hits-packed collection that... challenges the narrowly defined model of what constitutes a next big thing in country music.” “Make Me Want To” was most added at country radio with 61 stations reporting in the first week and is currently making its way up the chart.

Allen recently wrapped his supporting stint on Kane Brown’s Live Forever Tour and made his debut appearance at C2C, the U.K. and Ireland’s preeminent music festival. He will be hitting the road this summer as support on Chris Young’s Raised on Country Tour and Rascal Flatts’ Summer Playlist Tour as well as making an appearance on the CMA Fest Chevy Riverfront Stage in June.

The Southern Delaware native’s talent for songwriting is undeniable, having written a song that was featured in a Super Bowl commercial and appearing in a Diet Coke ad with megastar Taylor Swift. “Blue Jean Baby,” off his debut self-titled EP, immediately caught the attention of country music fans and critics alike with its soulful groove— rocketing it to the top of digital playlists, across all genres. Allen recently wrapped his run on Scotty McCreery’s Seasons Change Touras well as Kane Brown's Live Forever Tour.  He will also be hitting the road this summer as support on Chris Young’s Raised on Country Tour and Rascal Flatts’ Summer Playlist Tour. The hot newcomer was heralded as one of the top “artists to watch in 2018” by Rolling Stone, Billboard, Pandora, Sounds Like Nashville, NY Country Swag, Country Music Rocks and New England Country Music and has earned spots in CMT’s “18 for 2018” Listen Up program and Bobby Bones’ Class of 2018. For more information, visit www.jimmieallenmusic.com.