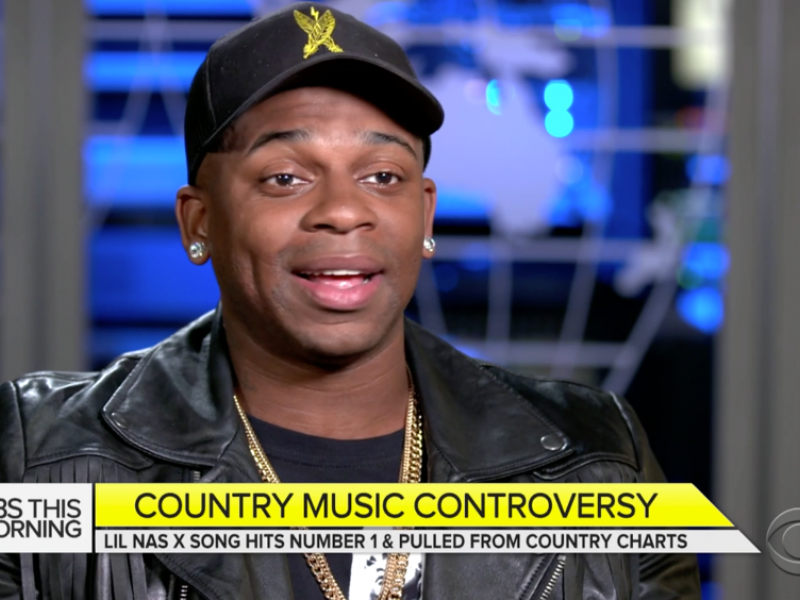 Singer/songwriter and Stoney Creek Records/BBR Music Group artist Jimmie Allen appeared on “CBS This Morning” on Wednesday, April 10, to lend his voice to the ongoing conversation surrounding the Lil Nas X hit “Old Town Road.” His comments about the song that currently finds itself at the top of the Billboard Hot 100 chart can be seen HERE.

“This song deserves to be on every chart,” Allen said in the taped piece. “I came into this genre as a new artist from a small town in Delaware and I’m a black guy. And I had strikes against me that people thought might stop me, but yet, the country community welcomed me in.”

Indeed, the country community has welcomed Allen in with open arms since the release of his debut album Mercury Lane last year. Allen would go on to make history with his breakout three-week No. 1 debut single, “Best Shot,” which earned him his first nomination for New Male Artist of the Year at the ACM Awards, where he also presented last weekend. His follow up single “Make Me Want To” is now making its way up the charts.

Allen will be hitting the road this summer as support on Chris Young’s Raised on Country Tour and Rascal Flatts’ Summer Playlist Tour, as well as making an appearance on the CMA Fest Chevy Riverfront Stage in June, in addition to his upcoming performance at the Grand Ole Opry on April 23.

The Southern Delaware native’s talent for songwriting is undeniable, having written a song that was featured in a Super Bowl commercial and appearing in a Diet Coke ad with megastar Taylor Swift. “Blue Jean Baby,” off his debut self-titled EP, immediately caught the attention of country music fans and critics alike with its soulful groove— rocketing it to the top of digital playlists, across all genres. Allen recently wrapped his run on Scotty McCreery’s Seasons Change Tour as well as Kane Brown's Live Forever Tour.  He will also be hitting the road this summer as support on Chris Young’s Raised on Country Tour and Rascal Flatts’ Summer Playlist Tour. The hot newcomer was heralded as one of the top “artists to watch in 2018” by Rolling Stone, Billboard, Pandora, Sounds Like Nashville, NY Country Swag, Country Music Rocks and New England Country Music and has earned spots in CMT’s “18 for 2018” Listen Up program and Bobby Bones’ Class of 2018. For more information, visit www.jimmieallenmusic.com.