JENNA PAULETTE PUTS A NEW SPIN ON “BLESS HER HEART” 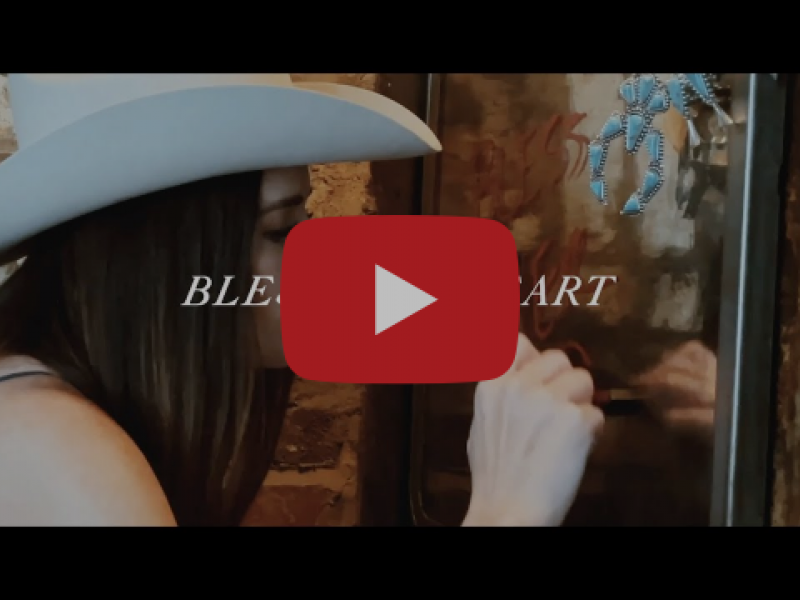 NASHVILLE, Tenn. – Rising country songstress Jenna Paulette grew up on the expanses of Texas-Oklahoma land where she remembers sitting on the back of an ATV belting out The Chicks’ “Wide Open Spaces” while moving livestock around her grandfather’s ranch. Influenced by the women in Country music who precede her – Shania Twain, The Chicks, Miranda Lambert – it’s that vein of storytelling that she’s tapping into as she releases swaggering new song “Bless Her Heart,” available everywhere today via Grit Brand Entertainment.

The artist Billboard celebrates for her “traditional and contemporary country influences” and “descriptive storytelling” has been playing the new song on tour with John Michael Montgomery.

“‘Bless her heart’ can have a whole subset of meanings, especially in the south, it has historically been known as a backhanded compliment,” shares Paulette. “When we wrote this song, I was thinking in the context of warning the girl that has no clue she’s with a bad man.”

Produced by frequent collaborator Will Bundy and written alongside Jeb Gipson, Heather Morgan and Bundy, Paulette admits the team danced around the idea before landing on the clever concept:

Recent release “Pretty Ugly,” which People.com notes “explores the honest side of love gone wrong,” has logged eight weeks running on SiriusXM The Highway’s “On The Horizon.” Just before that, fan-favorite “Country In The Girl” garnered a viral audience on TikTok, Instagram and Pinterest with 2.5 million views ahead of its official release.

Paulette, a CMT Discovery Artist, has toured with Mason Ramsey and opened for classic country acts Clay Walker and Joe Nichols, as her prior independent releases appeared on Apple Music’s “Breaking Country” playlist, Google Play’s “Country’s New Crop” playlist and Radio Disney. Additionally, Paulette has appeared on Apple Music’s “The Kelleigh Bannen Show” and “The Tiera Show” as well as Circle TV’s “The Southern Weekend.” Cosmo has touted her as an “artist to pay attention to,” while Cliché Magazine describes her music as “the quintessential combination of modern glam and southwestern grit,” further noting, “Jenna Paulette brings a sound all her own.”

About Jenna Paulette
Singer-songwriter Jenna Paulette — a cowgirl who came of age amid the gritty realities of ranch life — is part of Nashville’s growing wave of female artists who are rewriting the rules and charting their own paths. Her finely calibrated blend of toughness and sensitivity is on full display in tracks like “Country in the Girl” and “Pretty Ugly,” while current single “Bless Her Heart” unleashes the sass and storytelling gleaned from those who precede her: The Chicks, Miranda Lambert, Kacey Musgraves. Paulette earned a marketing degree at the Savannah College of Art and Design, and ultimately settled in Nashville, where she struck up a mentorship with Ashley Gorley, a veteran songwriter with 50+ No. 1 tunes under his belt. After collaborating with songwriters like Will Bundy, Heather Morgan and Parker Welling, as well as opening for Mason Ramsey on his 2019 national tour, Parmalee, John Michael Montgomery and Aaron Watson this year, Paulette found herself playing to fans via TikTok, Pinterest and Instagram to continue growing her fan base, ultimately signing a publishing deal with Brad Paisley’s Sea Gayle Music earlier this year. With more new music on the horizon, she’s not slowing down anytime soon.