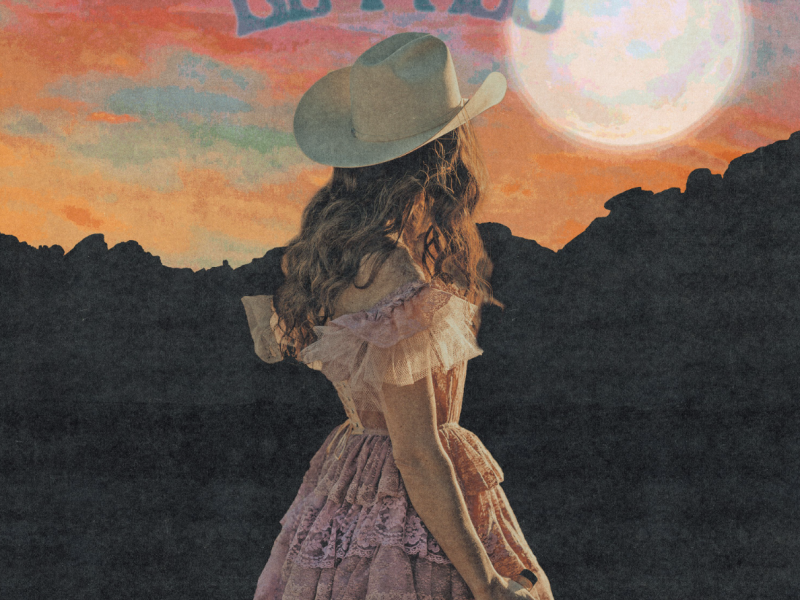 NASHVILLE, Tenn. – CMT 2022 Next Women of Country rising star and cowgirl Jenna Paulette is a part of the growing wave of artists rewriting the rules, charting their own unique path independently. With her first release of the year, Paulette drops dreamy western ballad, “El Paso,” romanticizing those she misses when on the road. Listen HERE.

“I was on a flight from Marfa, Texas in 2017 after shooting my first music video when the idea for ‘El Paso’ came to me. It wasn’t until two years later while writing with Jacob Durrett and Robyn Collins that the song came to life,” shares the artist who Billboard celebrates for “traditional and contemporary influences” and “descriptive storytelling.” “The way I’ve seen the song connect to a live crowd is special. The song needed the right moment and I think this is it.”

Featuring a slower tempo than her most recent releases – like feisty “Bless Her Heart,” candid “Pretty Ugly” which logged eight weeks running on SiriusXM The Highway’s “On The Horizon” and viral track “Country In The Girl” – and included on Apple Music’s “Country Risers” and “New Music Daily” playlists as well as Spotify’s “Indigo,” “New Music Nashville” and “Texas Country Now,” Paulette’s vocals shine on the new track

You got both feet on the ground
I’m on the moon up so high
Shining down
On a different town
Just dreaming as big as the Texas sky
But now I’m missing home
While I’m out here on the road
Ooh, yeah
You’ve got a way with that lasso
Pulling me back to El Paso

Spotlighting her authentic western lifestyle and roots, Paulette has been selected to sing the National Anthem at the PBR World Finals in Forth Worth, Tex. on May 13. The singer-songwriter’s PBR performance will precede forthcoming appearances opening for Aaron Watson, Triston Marez and Jon Wolfe as well as a CMA Fest performance, Dam Jam Music Festival and more.

About Jenna Paulette
Named a CMT Next Women of Country Class Member of 2022, singer-songwriter Jenna Paulette — a cowgirl who came of age amid the gritty realities of ranch life — is part of Nashville’s growing wave of female artists who are rewriting the rules and charting their own paths. Her finely calibrated blend of toughness and sensitivity is on full display in tracks like “Country in the Girl” and “Pretty Ugly” while former single “Bless Her Heart” unleashes the sass and storytelling gleaned from those who precede her: Miranda Lambert, Shania Twain, The Chicks. Paulette earned a marketing degree at the Savannah College of Art and Design, and ultimately settled in Nashville, where she struck up a mentorship with Ashley Gorley, a veteran songwriter with 50+ No. 1 tunes under his belt. Since collaborating with songwriters like Will Bundy, Heather Morgan and Parker Welling, as well as opening for Mason Ramsey on his 2019 national tour, Parmalee, John Michael Montgomery and Clay Walker, Paulette landed brand partnerships with Boot Barn, George Dickel Whiskey and Ranch Water, and ultimately signed a publishing deal with Sea Gayle Music last year. With more new music on the horizon, Paulette’s first solo release of this year, “El Paso,” is available now.