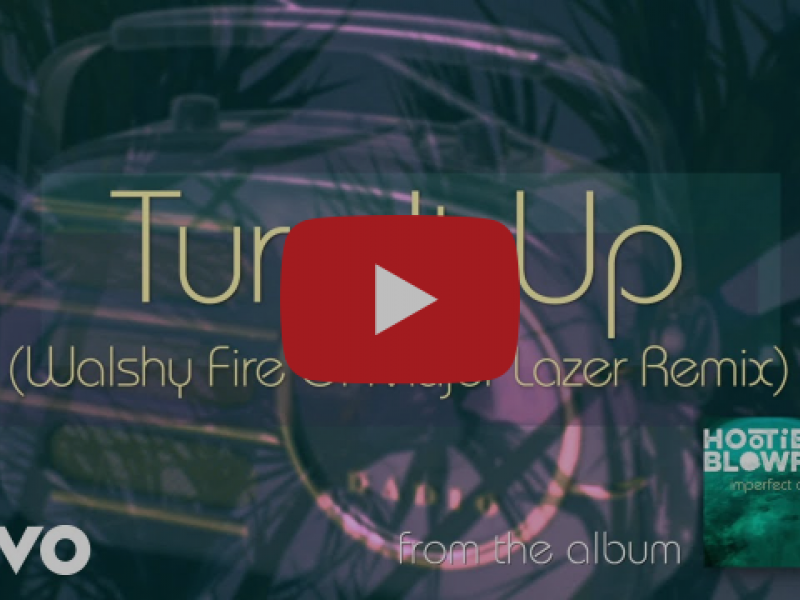 Diamond-selling hitmakers Hootie & the Blowfish have teamed up with GRAMMY-Award winning producer & DJ Walshy Fire to remix “Turn It Up,” featured on the re-release of their latest album Imperfect Circle, available now.

Best known for his role as part of the EDM trio Major Lazer, Walshy Fire further highlighted the track’s inherent dancehall and reggae influences for a reimagined version of the song praised by NPR’s “Fresh Air” as a “warm contrast to the harshness of a country that’s tense and divided, alluding to the current situation in a mild protest song [which] serves as a reminder that Hootie & the Blowfish were always a little more aware of things than they were given credit for.”

“You can hear the children crying / It’s not safe to go outside / We’re free but we gotta keep our kids alive / Oh, y’all, we can’t let ’em down / Turn it up ’cause I’ve had enough / I wanna feel the love / Ah, come on, turn it up,” lead singer Darius Rucker sings over a bed of horns and an infectious jam.

Initially released in November 2019 following their sold-out, five-country Group Therapy Tour – the band’s first full-time return to the road in over a decade – Imperfect Circle marked the first new music in nearly 15 years from the group The New York Times celebrated as “genuinely excellent… deft, flexible and unflashily skilled” in their June 2019 cover story.

Keen on remembering their musical origins while continuing to forge, Hootie & the Blowfish also recently released their take on the classic “Losing My Religion” by R.E.M., whom the band has credited as a major inspiration since their earliest days at the University of South Carolina.

About Hootie & the Blowfish
With the rich, bluesy vocals of Darius Rucker and gleeful harmonies of guitarist Mark Bryan, bassist Dean Felber and drummer Jim "Soni" Sonefeld, Hootie & the Blowfish have sold over 25 million records worldwide to date after their infectious melodies hit the airwaves in 1994 with hits such as "Hold My Hand," Let Her Cry" and "Only Wanna Be With You."