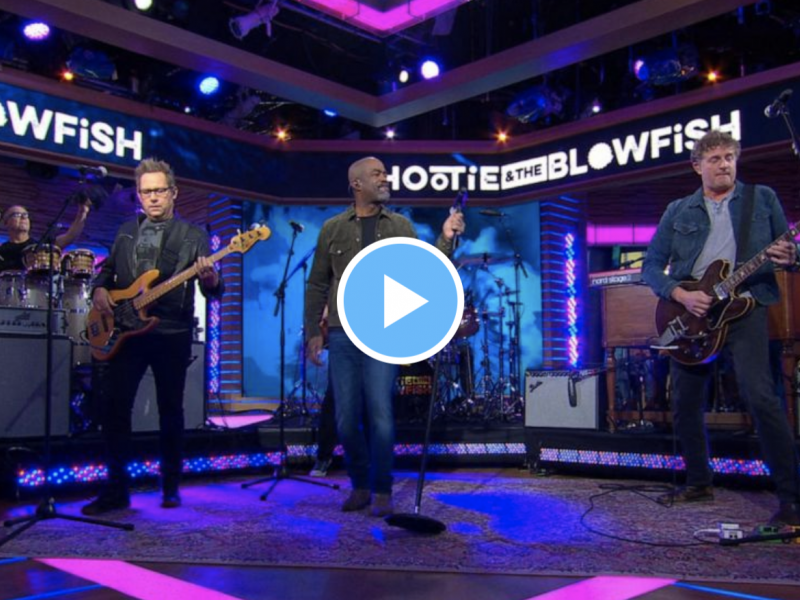 Hootie & the Blowfish make a triumphant return today, Nov. 1, with the release of highly-anticipated album Imperfect Circle, their first in nearly 15 years. Named one of the “biggest albums to hear this season” by Entertainment Weekly and highlighted in The New York Times’ fall music preview, the album arrives on the heels of the band’s critically-acclaimed, sold-out Group Therapy Tour that played to nearly three-quarters of a million fans across the U.S., Canada, U.K. and Ireland this year. Stream and download the new album HERE.

As Billboard praised in a feature chronicling the final leg of the tour in Europe, the album encourages "good times and easy-to-love music, sure, but also an incrementally more just and inclusive world for everyone -- black, white and otherwise," also noting that "Hootie now occupies an anomalous cultural space, residing on both Spotify's Fresh Country and All Out 90s playlists as once-severe critical backlash has receded into general warm nostalgia [and] the band is seemingly at home in both realms."

To celebrate the album’s eagerly-awaited release, Hootie & the Blowfish stopped by “Good Morning America” earlier today, Nov. 1, for the live television debut of their current single, “Hold On.” Watch the full performance HERE and view the song’s recently released music video filmed in the band's birthplace of South Carolina HERE.

The band now travels to the West Coast for a series of appearances next week, beginning with a sold-out performance at L.A.’s iconic Troubadour on Monday, Nov. 4. The band will also perform on “The Ellen DeGeneres Show” and “Jimmy Kimmel Live!” on Tuesday, Nov. 5, as well as “The Talk” on Wednesday, Nov. 6.

The band remained a top draw nationwide and released five more albums for Atlantic: Fairweather Johnson, Musical Chairs, Scattered, Smothered & Covered, Hootie & The Blowfish and The Best of Hootie & The Blowfish, as well as Looking For Lucky on their own Sneaky Long Records and LIVE in Charleston, The Homegrown Concert Event DVD and CD. The band took a break from full-time touring in 2007, reuniting annually for a variety of philanthropic events while also pursuing solo projects. 2019 marked the band's first full-time touring year in over a decade as they embarked on the Group Therapy Tour ahead of Imperfect Circle, their first album in nearly 15 years out now under a new record deal with Universal Music Group Nashville. The album’s lead single, “Hold On,” earned most-added distinction at Country radio upon its release and is currently climbing the charts.