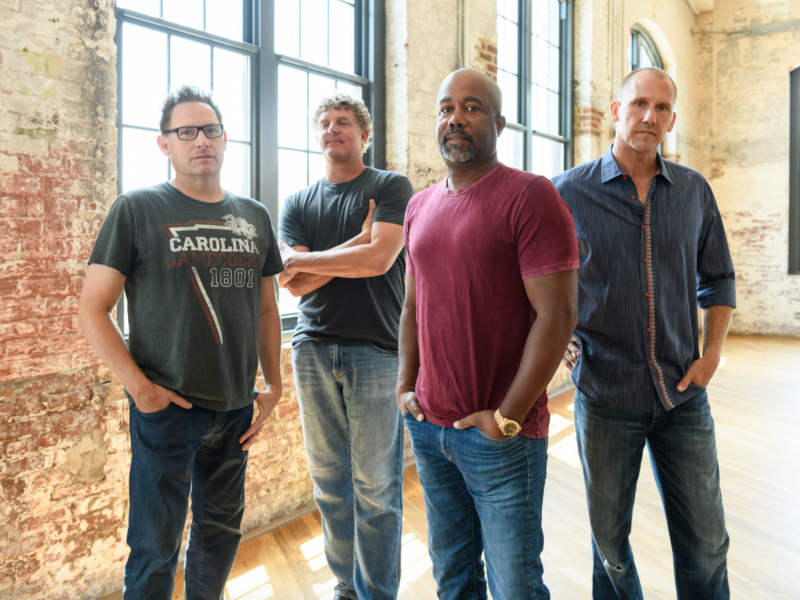 As Hootie & the Blowfish prepare to hit the road on their highly-anticipated Group Therapy Tour next week, the two-time GRAMMY winning group returns to television screens for multiple performances on the season-finale of NBC's "The Voice" this Tuesday, May 21.

Giving audiences a taste of what to expect this summer, Hootie & the Blowfish will perform their classic hit "Let Her Cry" in addition to joining Team Blake finalist Gyth Rigdon for a duet as he competes for the title of "The Voice." The episode airs live at 9:00 p.m. ET (delayed at 9:00 p.m. PT) on NBC, as well as streaming and on demand.

Beginning next Thursday, May 30, the Group Therapy Tour boasts a 47-date run throughout the U.S. and Canada that includes back-to-back nights at Madison Square Garden, a show at the iconic Hollywood Bowl and a three-night homecoming finale in Columbia, S.C. in advance of eight U.K. and Ireland shows this fall. The tour marks the 25th anniversary of the band's iconic debut album Cracked Rear View while also celebrating their first new music in over a decade, to be released with UMG Nashville later this year.

The band remained a top draw nationwide and released five more albums for Atlantic: Fairweather Johnson, Musical Chairs, Scattered, Smothered & Covered, Hootie & The Blowfish and The Best of Hootie & The Blowfish, as well as Looking for Lucky on their own Sneaky Long Records and LIVE in Charleston, The Homegrown Concert Event DVD and CD. The band took a break from full-time touring in 2007, reuniting annually for a variety of philanthropic events while also pursuing solo projects. 2019 will mark the band's first full-time touring year in over a decade as they embark on the Group Therapy Tour in support of forthcoming new music under a new record deal with Universal Music Group Nashville.