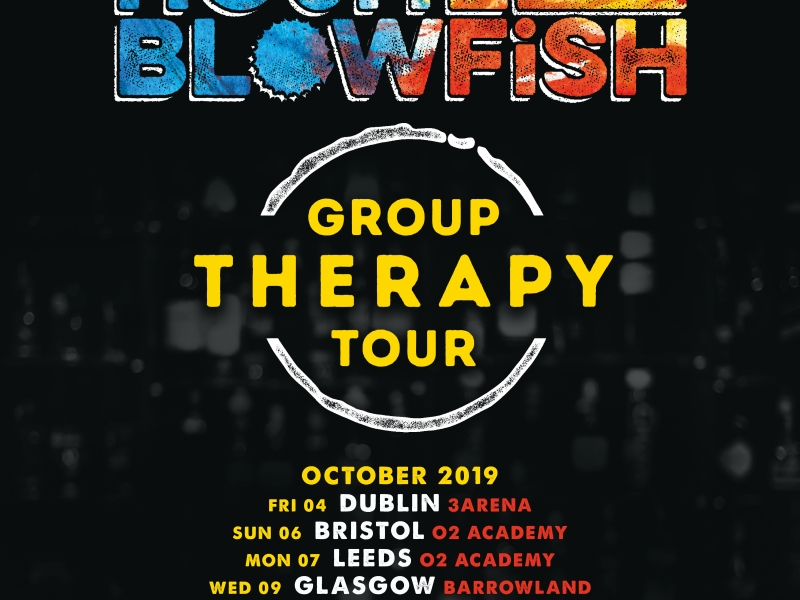 A month ahead of the highly-anticipated Group Therapy Tour launch, Hootie & the Blowfish announced seven dates throughout the United Kingdom and Ireland this October to follow their 47-date U.S. and Canada run of shows.

The announcement follows a wave of excitement surrounding news of the band’s first full tour in over a decade with forthcoming music under a new record deal with Universal Music Group Nashville. They will celebrate the soon-to-begin tour as part of National Concert Week with a performance on “The Late Show with Stephen Colbert” this Wednesday, May 1.

“I had the incredible opportunity to play the Royal Albert Hall in London last year, which was a bucket list night for me,” explained frontman Darius Rucker. “The fans there and everywhere else we played in Europe were so special. In talking with all of the guys about how special this year’s tour is going to be, we knew it wouldn’t be complete without a trip back across the pond to see our amazing fans there.”

The band remained a top draw nationwide and released five more albums for Atlantic: Fairweather Johnson, Musical Chairs, Scattered, Smothered & Covered, Hootie & The Blowfish and The Best of Hootie & The Blowfish, as well as Looking For Lucky on their own Sneaky Long Records and LIVE in Charleston, The Homegrown Concert Event DVD and CD. The band took a break from full-time touring in 2007, reuniting annually for a variety of philanthropic events while also pursuing solo projects. 2019 will mark the band's first full-time touring year in over a decade as they embark on the Group Therapy Tour in support of forthcoming new music under a new record deal with Universal Music Group Nashville.