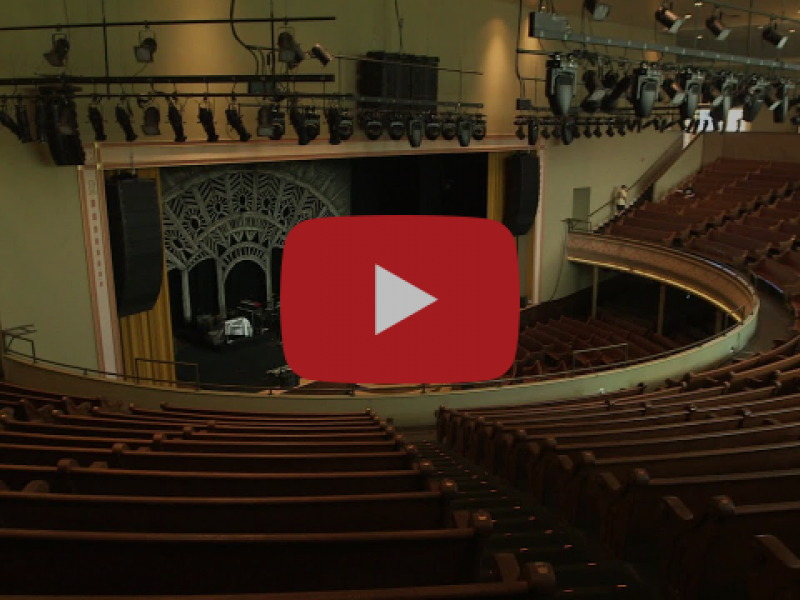 Music returned to Ryman Auditorium Friday, Aug. 14 for the venue’s first-ever livestream concert series ‘LIVE AT THE RYMAN.’ The series kicked off with for KING & COUNTRY bringing an exclusive livestream performance to fans at home from the iconic venue. Cam is set to take the stage this Friday, Aug. 21. Tickets are on sale now at www.ryman.com.

The six-week, Friday night series will launch first via the Mandolin livestream platform and expand to incorporate a small, socially distanced audience in accordance with local health ordinances. Ryman Auditorium will strictly comply with operating plans developed in partnership with Vanderbilt Health and approved by Nashville Public Health Department that include mandatory masks for all Ryman operations and production staff, as well as enhanced cleaning practices.

Livestream ticket prices begin at $10 with exclusive VIP upgrades available for $125, including an autographed Hatch print poster and series t-shirt. Nissan and Pickers Vodka are proud supporting sponsors of Live at the Ryman and Ryman Auditorium.

Known as the “Mother Church of Country Music,” Ryman Auditorium is holy ground for a number of music’s greats. A bucket list venue for many, her stage has seen the likes of Brandi Carlile, Bruce Springsteen, Foo Fighters, Garth Brooks, Harry Styles, Jason Isbell, Johnny Cash, Kacey Musgraves, Little Big Town and Patsy Cline, to name a few. The Ryman is known around the globe equally for its world-class acoustics and history-making contributions to the live music industry. Named Pollstar Theatre of the Year for the tenth consecutive year (the venue’s 12th time receiving the honor), the Ryman consistently receives accolades from respected organizations including the Academy of Country Music, the Country Music Association and the International Entertainment Buyers Association. In 2018, Rolling Stone magazine named the Ryman one of the “10 Best Live Music Venues in America.”

While night-time activities available to the public remain paused and will resume in accordance with Nashville’s Roadmap to Reopening, Ryman is currently open for daytime tours.  Focusing on the history of rock ‘n’ roll music at the Ryman, guests can enjoy the new exhibit, Turn It Up! Ryman’s Rock Legacy. The exhibition, which will run for three years, showcases Ryman Auditorium’s rich and rockin’ cross-genre past that extends far beyond country music, the exhibit features artifacts from Elvis Presley, Peter Frampton, Jerry Lee Lewis, Roy Orbison, John Mellencamp, Wilco, Neil Young, Steve Miller Band, Grace Potter, Drive-by Truckers, Bruce Springsteen and more. Tours of the Ryman begin with a stop in the state-of-the-art Soul of Nashville experience. Through this custom-built theater, guests experience a magical journey complete with holograms, special effects, multidimensional film images and archival footage to bring the history of the Ryman to life.

To plan your daytime visit for a tour, complete details on LIVE AT THE RYMAN or more information about health and safety precautions at the Ryman, please visit www.ryman.com.