HIS BACK PAGES: Kenny Chesney Creates Art Book for No Shoes Nation 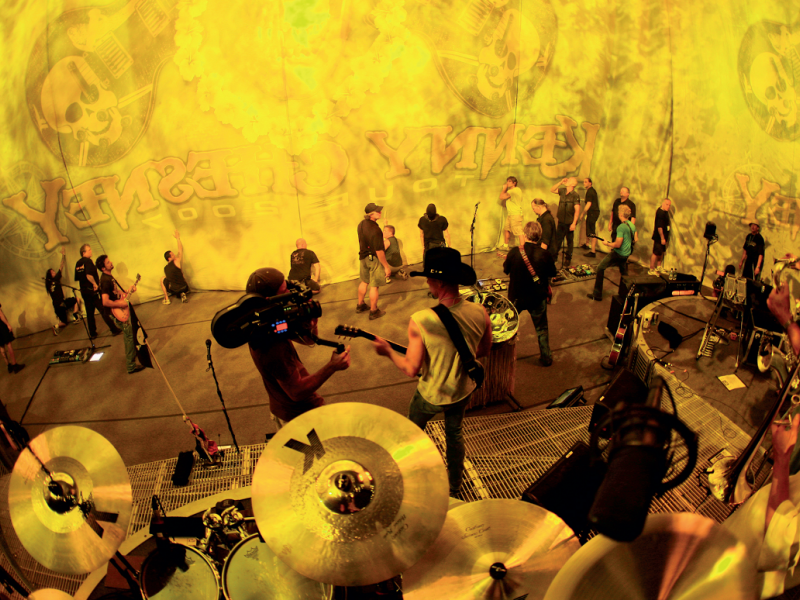 It all happens so fast, and then... it’s over. When Kenny Chesney, the only country artist on Billboard’s Top Touring Acts of the Last 25 Years, hit the road, the rush of the fans, the laughter, the joy, the memories were their own kind of fuel. As the kid from East Tennessee turned into what Variety deemed, “Country music's only true long-term stadium act,” the songwriter realized he didn’t want to lose those moments in the blur of how quickly it all goes by.

Having always regarded No Shoes Nation, the million+ group who comes out to every one of his tours since he emerged as a headliner, as being as much a part of his road family as the riggers, the players, the roadies, the drivers and friends, one night three falls ago, he had an idea. “How do I share all that this is with the fans? And how do I do it in a way that honors the quality of what we shared? That creates a sense of momentum, of euphoria, of how it feels?”

“This is a very special journey every year,” Chesney now says, “and I am the only person who truly was able to capture it all, because I’m there when the stage is built, the buses pull in. Looking at all the pictures from Glen, Jill and Allister, I saw this amazing story – and I knew I wanted to do something that would still be here long after we were gone, and so I started to dream.”

Two years in the making, Kenny Chesney: Living In Fast Forward, a 456-page art museum quality coffee table book, arrives. Exclusively featuring 571 pictures by photographers Allister Ann, Jill Trunnell and Glen Rose, it spans his first days on the road, his emergence as a headliner, and now a stadium-sized act. But just as importantly, it shows the face – and in one case, soles – of the No Shoes Nation, as they grew, cheered, tailgated and even encountered “the man from Tennessee.”

Sourced, designed, printed and bound in middle Tennessee, the 3,500 signed and numbered books are printed on 100-pound FSC Silk Stock paper, with 80-pound Cougar FSC cover paper for the end sheets. With 5/4 color matte scuff free film laminate cover process and 5/5+ Satin Aqueous process printing on the pages offering another protective coating, Living In Fast Forward has been created to last as long as the memories Chesney’s music invokes.

“I had no idea what I was getting into,” he now laughs. “Book design, printing tests, revising lay-outs, but I had a great creative director helping me – and photos that really captured the soul of all that this has been. When it started coming together and I saw what it could be, I wanted something more than just a book – and the designer not only knew where to go, but how to make this project something we could literally create right here in Tennessee!”

And like that one-of-a-kind-relationship between Chesney and the people who love his music, these books are being offered directly to No Shoes Nation. “This wasn’t about how many could we sell, or how far could we push it. It was giving those people on the journey something that honored what we’ve shared in a way very few things do. We have shared so much, and I wanted to make something that was as special as what’s between these covers.”

Tomorrow, members of No Shoes Nation will receive a special email explaining the process of how the books are being made available. Because of the limited number, a lottery will be in place – and alternates will also be selected, should any of the 3,500 opt not to buy their copy.