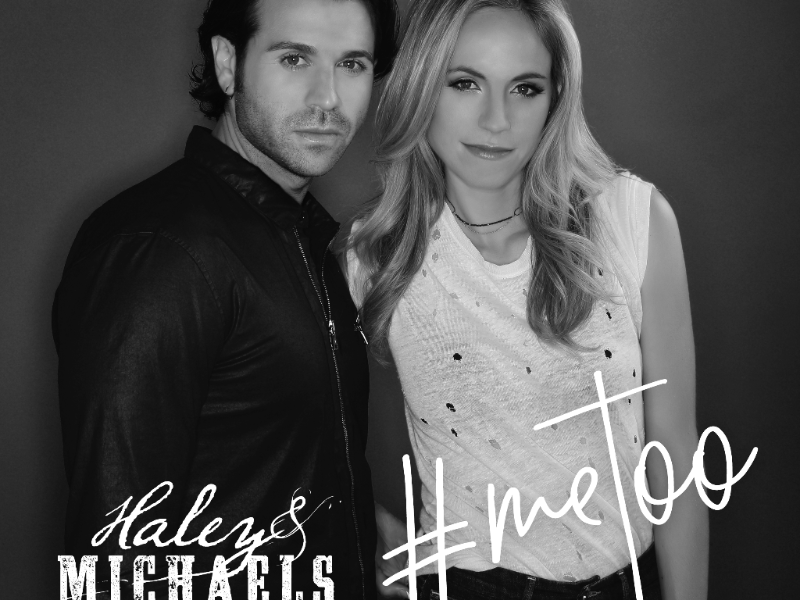 Rising Nashville pop-country duo Haley & Michaels (comprised of Shannon Haley and Ryan Michaels) have released an empowering anthem, “Me Too”, that sends a message to survivors everywhere that they are not alone. The duo tells TIME they were “deeply impacted and inspired when we first experienced so many people bravely coming forward and saying, ‘Me too’. We wanted to add our voices in the best way we knew how - through music.”

The duo co-wrote the song with acclaimed songwriters Tom Douglas and Jeff Trott, and it has been touted by Refinery29 as an “empowering statement of solidarity.” Parade declared “Me Too” “a song that offers both hope and understanding to anyone who’s been there.”

“When we were writing this song, we wanted to focus on the healing aspects of this movement,” says Michaels. “As soon as we wrote the first line, ‘Do you have a voice but the child inside is too afraid to speak?’ and answered it with ‘Me too’, we knew this song was meant to be written that day, and that it had a higher purpose,” adds Haley.

What the duo could not anticipate was a collaboration with a very special guest artist, founder of the #MeToo movement, Tarana Burke.

"I have been approached by all sorts of people for all sorts of collaborations since #metoo went viral,” Burke tells TIME. “When Ryan & Shannon reached out, I had no idea who they were or if they were successful or not, or serious or not, but their message was heartfelt and something about it touched me. More than ever lately, I’ve been moving by faith in a lot of decisions and I think that’s how I knew this was a good project. That was confirmed when I heard the song and then met them. They are a great couple and they get it. They understand that this is a movement ultimately about healing and about centering survivors. I’m so excited about the potential for survivors around the world to be touched by this song! It’s a connector. It reinforces the truth - we’re not alone - it’s a movement."

The duo has released a heartfelt music video, directed by Tommy Douglas, featuring a diverse group of individuals standing in solidarity, sending a powerful message that is joined by a vocal collaboration and video appearance by Tarana Burke.

“Getting to meet this remarkable woman, to spend time talking to her about the movement and to hear her add her voice to our song was the most inspiring experience of our lives.” says the duo. “We could not have dreamt of a more meaningful collaboration.”

See the full music video on TIME here. CMT will air the official network premiere of “Me Too” on Thursday, March 15. The duo will give 100% of the proceeds to the Me Too Movement.

About Haley & Michaels
Haley & Michaels grew up in Northern California just three miles apart, but didn't meet until their guitarist introduced them in Nashville several years ago. They had immediate chemistry and have been writing and recording together ever since; they were married in May 2015. The duo has been featured on numerous Spotify playlists, amassing over 20 million online streams, has appeared twice on NBC’s Today with Hoda Kotb, and has also experienced great success on SiriusXM's "The Highway,” selling more than 200,000 units independently. Haley & Michaels signed with Hickory Records/RED Music and Sony/ATV Publishing last year and are in the studio working on their first full-length studio album due out later this year. For more information on Haley & Michaels, visit www.haleyandmichaels.com or follow them at @haleynmichaels on Twitter, Facebook.com/HaleyandMichaels.