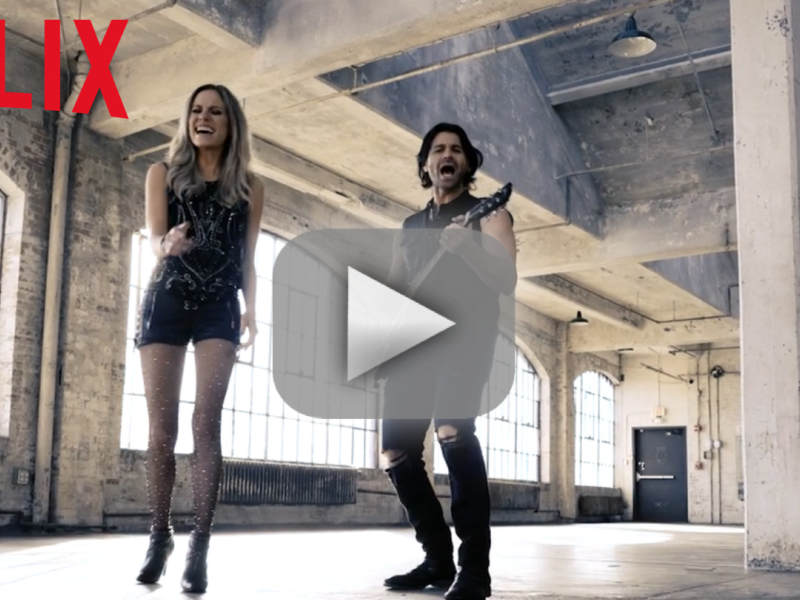 If ever there was a country duo with the heart and conviction to never give up, it’s Haley & Michaels. Therefore, it seems quite apropos that the duo’s inspiring song “Hail Mary” is featured in the emotional and inspirational Netflix film Walk. Ride. Rodeo., now streaming.

“From the day we wrote it, ‘Hail Mary’ has always been a very special song to us,” explains Haley & Michaels’ Shannon Haley, “so to watch it take on a whole new context in a movie such as Walk. Ride. Rodeo. is really a dream come true for us both.”

“We wrote this song about overcoming adversity and about some of the most challenging times on our musical journey together,” adds Haley & Michaels’ Ryan Michaels. “We couldn’t have imagined a better way to release it than in such an inspiring movie. We are so moved about the incredible story of Amberley Snyder, and we are honored to have our song featured.”

Based on a true story, Walk. Ride. Rodeo. tells the tale of rodeo champion Amberley Snyder, whose dreams are seemingly dashed when she is involved in a serious automobile accident. Confined to a wheelchair and without the use of her legs, the young woman works to regain not only the strength but also the heart to ride again. In doing so, she throws the ultimate “Hail Mary.”

The film’s music supervisor Gerry Gershman says, “When Wende Crowley at Sony/ATV pitched Haley & Michaels, I knew there was a place for their music in Walk. Ride. Rodeo.it’s the perfect blend of grit and inspiration, not just for a country audience but for anyone who can tap their foot and embrace the will of the human spirit. As it turned out, ‘Hail Mary’ became a perfect song for an integral moment in the film, for the film’s trailer and now for a music video, inspiring everyone on our team including Amberley Snyder herself.”

Written by Haley & Michaels alongside fellow co-writer Nolan Sipe and producers Brian Howes and Jay “JVP" Van Poederooyen, the music video for “Hail Mary,” directed by The Tempo Brothers, premiered on Netflix’s official channels today.
“Hail Mary” is yet another heart-filled song to come from the husband and wife country duo, who released their debut single “Taking Off” on January 28. Currently, the singer/songwriters are in the studio working on their debut full-length album due out later this year.

About Haley & Michaels
Haley & Michaels grew up in Northern California just three miles apart but didn't meet until they were both living in Nashville. They had immediate chemistry and have been writing and recording together ever since; they were married in May 2015. The duo has been featured on numerous Spotify playlists, amassing over 30 million online streams, has appeared twice on NBC’s Today and has also experienced great success on SiriusXM's "The Highway,” selling more than 200,000 digital downloads independently. Haley & Michaels signed with Sony/ATV label imprint Hickory Records/RED Music in partnership with Reviver Records and are in the studio working on their first full-length studio album due out later this year. For more information on Haley & Michaels, visit www.haleyandmichaels.com or follow them at @haleynmichaels on Twitter, Facebook.com/HaleyandMichaels and @haleyandmichaels on Instagram.